To say that hurricanes, tsunamis, droughts, and earthquakes are the deadliest natural disasters is not a gainsay. The world has lost billions of dollars to these four types of natural disasters, and they have caused the death of thousands. There are countries, organizations, and individuals that have suffered irrecoverable damages from these four types of tragedies. A lot of people are maimed today because of them.

We have compiled 10 of the worst natural disasters- selection based on economic damages. In this piece, catastrophes like the Deepwater Horizon Oil Spill and the Chernobyl disaster were not covered; although, they caused colossal economic losses. We converted the initial cost estimate of the natural disasters that made this list into their 2019 USD worth.

In the early hours of January 17, 1994 (4:30:55 a. m PST precisely), a 6.7-Magnitude earthquake struck Fernando Valley region, a densely populated area of the County of Los Angeles. The epicenter (where the quake originates) was in Reseda-a neighborhood in the northern part of San Fernando Valley. According to Wikipedia, the earthquake lasted for10-20 seconds approximately with a peak ground acceleration and velocity of 1.8g and 4.09 mph. Thousands of buildings were either outrightly destroyed or declared unsafe to enter with a death toll of 57 and over 8,700 sustained injuries. 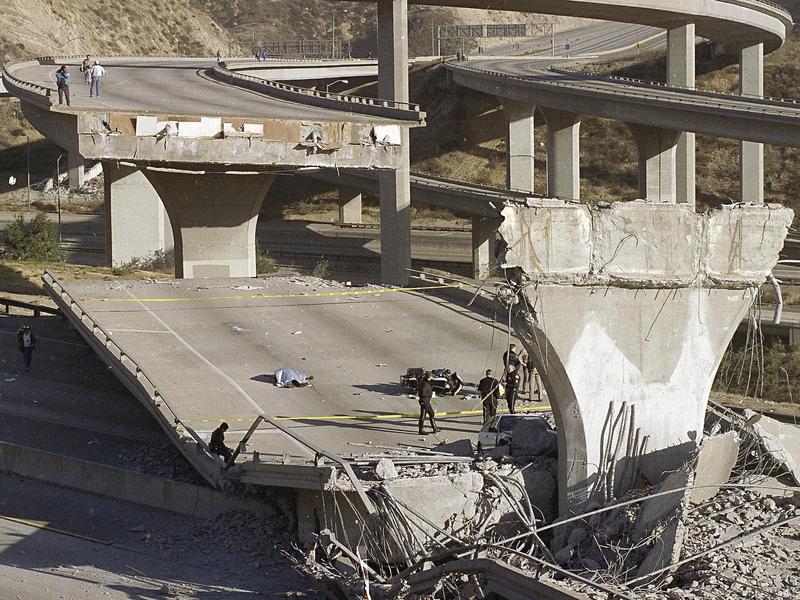 16 people were killed at the Northridge Meadows apartment complex where a three-story building collapse on people who lived on the first floor. Following the quake was a two 6.0 Magnitude aftershocks. The first was recorded about a minute after the earthquake while the latter came at about 11 hours later. Property damages for the Northridge Earthquake are estimated at $20-50 billion, which is equivalent to $22-85 billion today; making it one of the costliest disasters in the U.S history.

The resultant drought and heat of 1988 is the most extensive summer in North America for many years. Scientists were not able to trace all the consequent effects of the drought; since it developed in processes across different regions. The multi-facet drought began in 1988 for most areas and continued into 1989 and 1990 (in certain places). Effects of the drought were so severe that River Mississippi tricked - a river that empties about 592,000 cubic feet of water into the Gulf of Mexico. 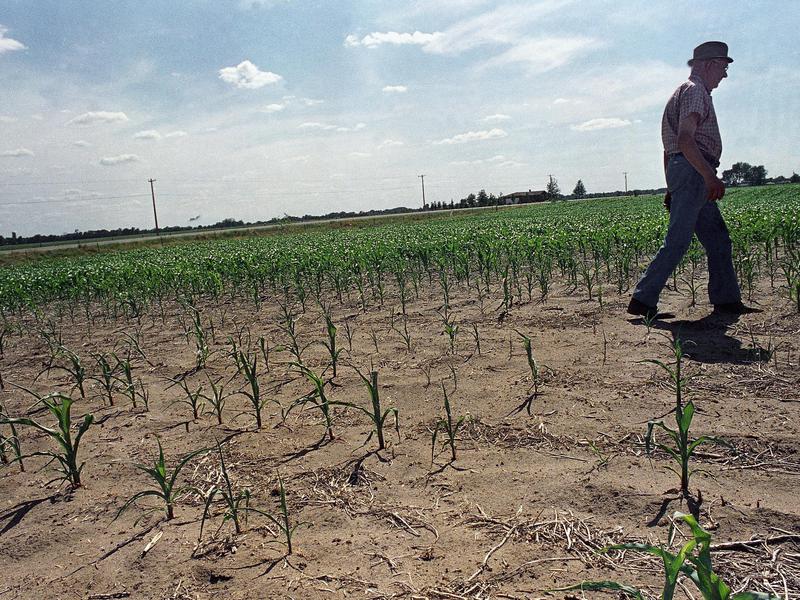 The North America Drought is responsible for many wildfires, which consumed an estimated 1.2 million acres in and around the famous Yellow National Park. One of the worst blowing clouds of dust of all time was occasioned by the drought which, led to the closure of schools in South Dakota in February 1988. The peak of this disaster covered 45% of US coming behind the Dust Bowl, which included an area of 70%. Crops were killed, wildlife destroyed tourism ground to a halt, river transportation was affected, and over 5,000 people died. The Initial damage cost is about $20- a value of $43 billion in 2019 (inflation-adjusted cost).

The Hurricane Irma was the most powerful Atlantic hurricane recorded in history. On September 6, 2017, it made landfall on the Barbuda Island (Florida, Georgia, North Carolina, and the Caribbean) as a category five storm for three days. Irma left a permanent record as the most catastrophic hurricane to strike the US continent after Katrina in 2005. It set a record of 185 mph wind which it maintained for 37 hours and led to the death of 129 people. 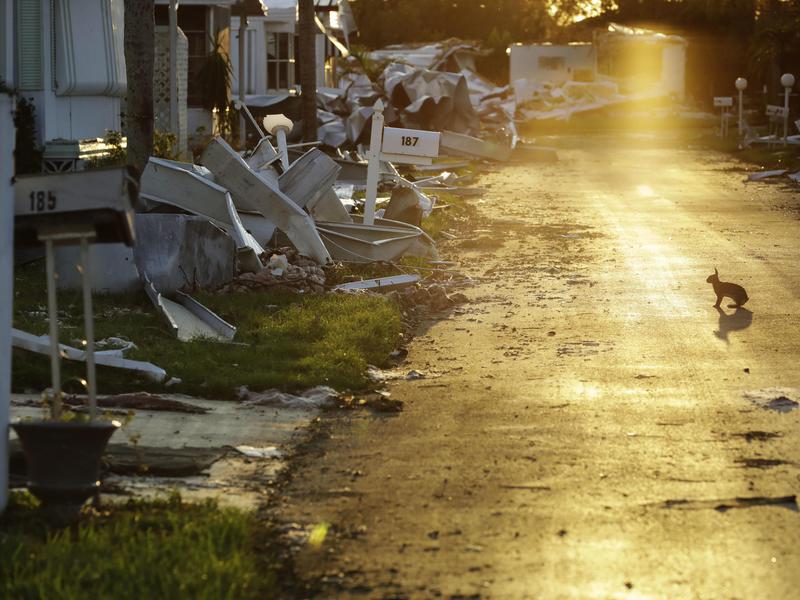 It was reported that Florida officials ordered about 6.5 million people to evacuate their dwelling place as over 90% of the buildings on Barbuda Island was destroyed. Besides, communication systems, 60% of the Barbuda population became homeless as the ripple effect shattered the Bahamas. The hurricane was so intense that the prime minister called the island 'barely habitable.’ Initial estimation of the damages stayed at $50 billion, which may be valued at $52 billion today.

CNN reported that the Federal Emergency Management Agency (FEMA) recorded 24 affected states amid Haiti and Cuba. It became the deadliest and costliest hurricane of the Atlantic hurricane season of 2012 inflicting massive damage set at $70 billion (2012 USD). Hurricane Sandy was an unusual one that combined hurricane conditions and fierce cold fronts – a tragic situation that made Sandy predominantly potent. 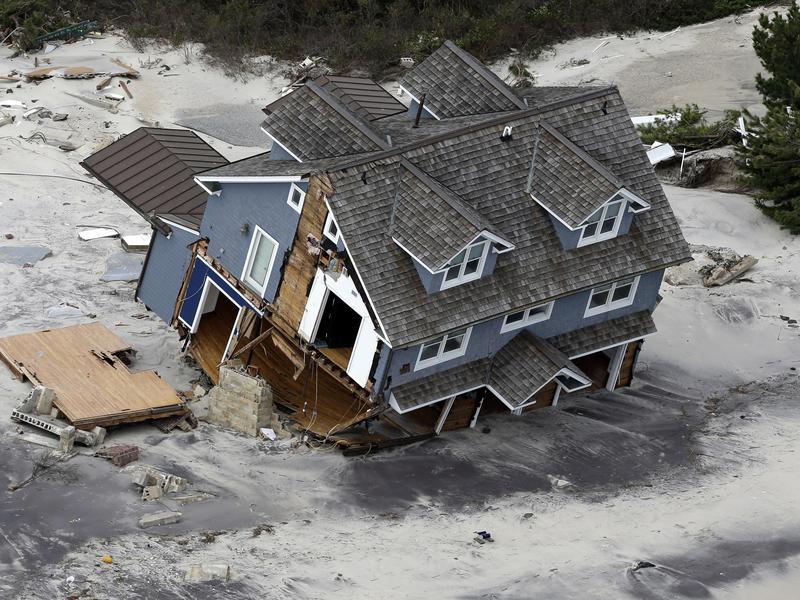 Also called the Superstorm, Sandy started on October 22, 2012, as a tropical storm in the Caribbean Sea.  It then approached the East Coast, where it produced the highest wave recorded in the history of the Western Atlantic. In the nine days of Sandy rage, CNN reported that 48 people died in New York, 5 in Connecticut, 12 in New Jersey amid 54 and 11 in Haiti and Cuba respectively.

A report published in the Journal Jama Network Open says that over half of the youth of Puerto Rico saw a family member or friend leave the Island after the disastrous category 4 Hurricane Maria. A lot of people were exposed to physical and mental damage when this hurricane raged in September 2017. Recorded as the tenth-most intense Atlantic hurricane and cyclone in 2017, Maria caused the death of 65 people with ruinous damages to a lot of buildings. Excess of $90 is the estimated initial cost of damages of Maria, which amount to an inflated-adjusted rate of $91.6 billion (2017 USD). 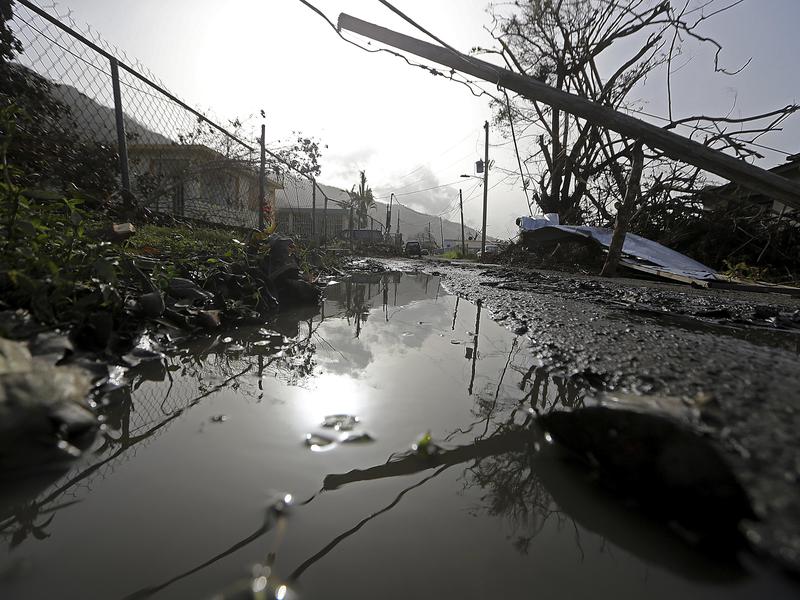 The effect of Maria is so enormous that Puerto Rico suffered full blackout for about seven months, reports from the U.S Department of Energy. Still, over 62,000 people (representing 74% of the total population) remained without power. Following a new report of Harvard study on May 29, more than 4,600 deaths in Puerto Rico were traced to the Maria cyclone of 2017 while other researchers believed 8000+ deaths is more realistic.

The devastating Great Sichuan Earthquake struck on May 12, 2008, in the mountainous region of Sichuan- a province in southwest China.  The quake is not only known for its extreme wreckage but also its incredible geohazards across multiple locations. Measured as 8.0 Magnitude quake by the Chinese, the earthquake caused about 200,000 landslides that resulted in 828 landslide dams (otherwise known as quake lakes). Following the blockade caused by quake lakes in rivers and dams, the Chinese government sent explosive squads to various sites to rescue the situation, before the flood would drown the neighboring towns. 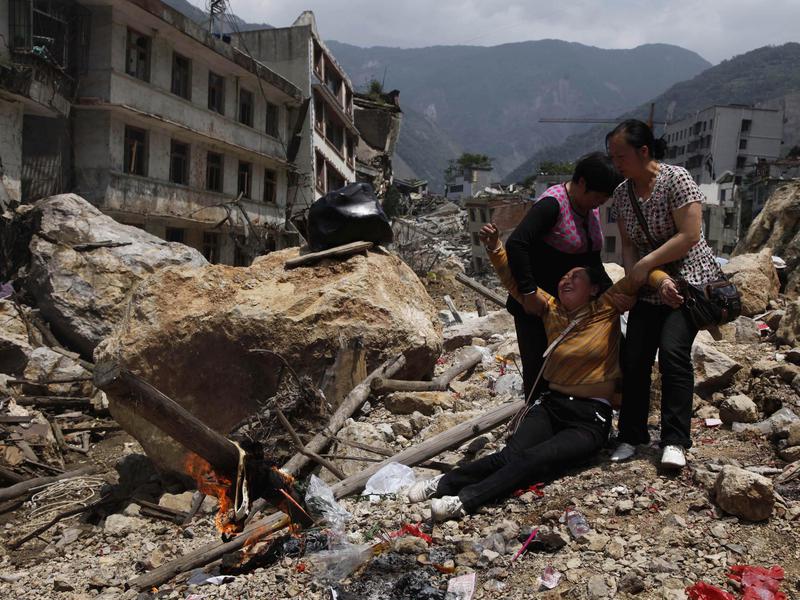 Whole villages and towns surrounding the mountains were destroyed, and many schools fell in ruin. About 90,000 people were either counted dead or missing, 5,300 killed which, include more children and a whopping 375,000 who sustained injured according to the official estimates of the Chinese government. Consequently, between 5 and 11 million people became homes as a result of the quake. The estimate for the initial loss is between $86 and 146.5 billion USD; equivalent between $101.5 and 173 billion USD today.

The National Hurricane Center estimated the damage of USD 125 billion made by Hurricane Harvey. It was the costliest natural disaster in the history of the U.S except for Hurricane Katrina. Harvey, on August 25, 2017, made landfall in Southern Texas and raged through Houston Metropolitan area. The category four hurricane is linked to the destructive 2017 storm season in the southern U.S and the Caribbean. Hurricane Maria and Irma followed within a month of Hurricane Harvey, affecting, Puerto, Florida and the Caribbean. 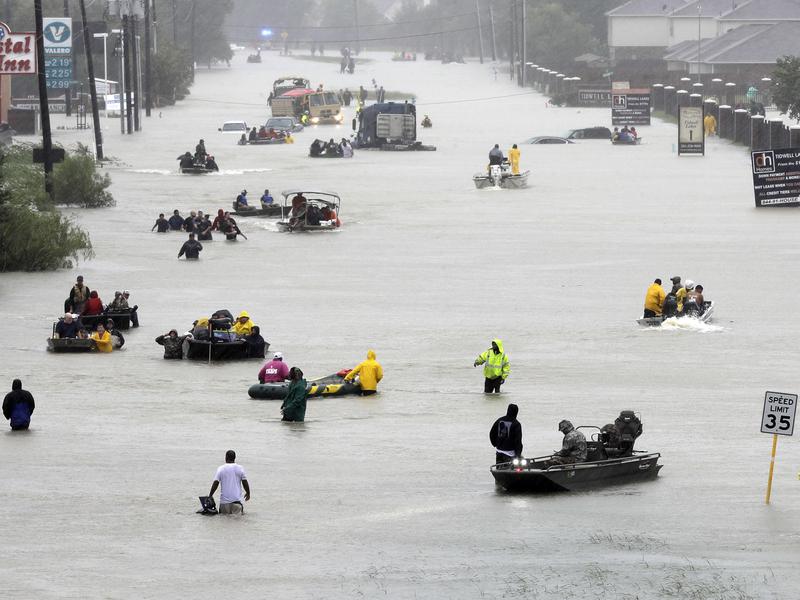 The landfall triggered an unprecedented rainfall as some areas witnessed a 40 inches (1,000 mm) of rain within four days. Rising flood in Nederland Texas destroyed 500,000 vehicles, caused the death of 70 people, and inundated 300,000 buildings. Two Economists, Michael Hicks, and Mark Burton believed that Harvey cost an excess of $198 billion (2017 USD), with about $77 billion traced to residential damages.

Hurricane Katrina is the costliest in US history, with a value of $125 billion, and an inflated-adjusted cost of $162.7 billion. Katrina struck the Gulf Coast in the United States, affecting Louisiana and Mississippi. The storm caused considerable damages, but, the aftermath was quite devastating. Rated as Category 3 on the Hurricane scale, Katrina surfaced as a tropical depression on August 23, 2005, over the Bahamas. 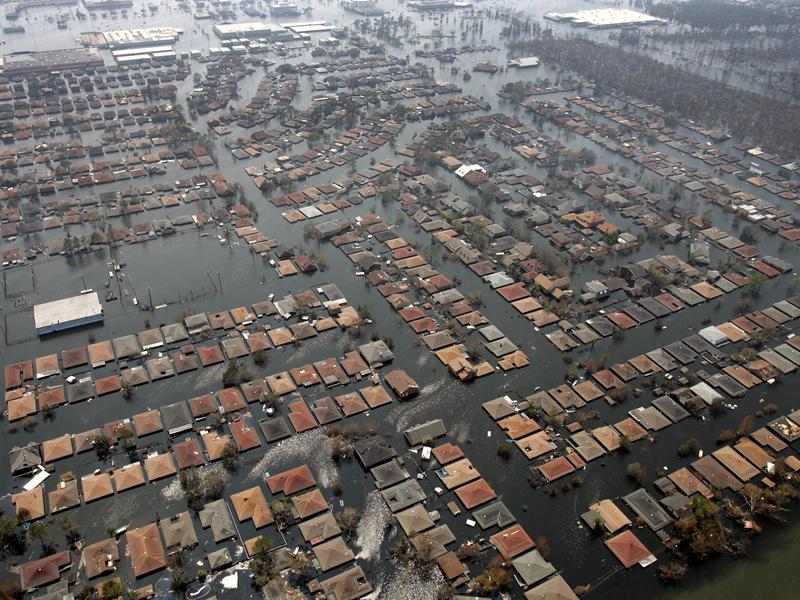 Throughout Magnolia, 238 people lost their lives while a sweeping flood completely drowned three breaches in the Ninth Ward- a neighboring village which, is yet to fully recover from the occurrence. Katrina was not just a devastating hurricane, and it came with a harsh lesson to the authorities as they failed to provide aid or evacuate people living in the city. Lots of people were trapped in boiling domes, many lacked food for days, over 200,000 people inundated, and approximately 1,100 were killed in the Katrina rage.

Kobe earthquake is termed the Great Kantō earthquake. It struck the sixth-largest city of Japan, Kobe, on 17 January 1995. The quake lasted for about 20 seconds hitting Kobe, which was the closest to its epicenter- Awaji Island. Among other cities that were affected, Kobe alone lost about 4,600 people with a total death tolling 6,434. According to the U.S Department of Commerce, an equivalent of 70 U.S blocks was destroyed as wildfire erupted in the port city. 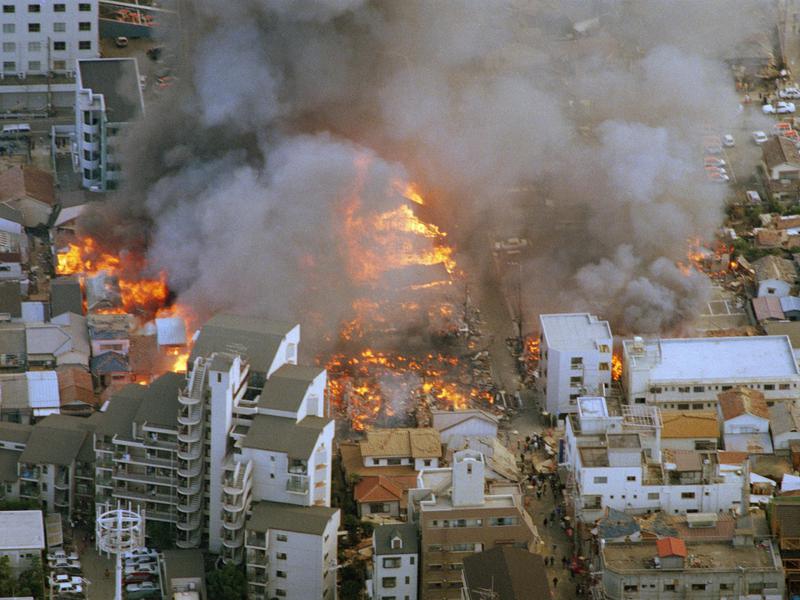 Bridges and quays collapsed, an excess of 150,000 structures was destroyed, and more than 300, 000 people were left homeless in Kobe metropolitan and environs. Asides the Great Kanto earthquake of 1923, which claimed the lives of over 105,000 people, Kobe 7.2 Magnitude earthquake is the worst in the history of Japan with an excess of $200 billion loss. The damage of Kobe quake is estimated at $166-$333.6 billion today.

The Thoku Earthquake & Tsunami of Japan was so strong that it slightly increased the rotation speed of the earth. It reportedly shortened the day with 1.8 millionths of a second and gave the earth a 6.5 inches shift from its axis. At 2:46 pm, March 11, 20011, the 9.1 Magnitude quake hit Northeast Tokyo with a depth of 15.2 miles according to CNN. Before the earthquake & Tsunami, Japan had 54 nuclear reactors, two were under construction, and 17 power plants provided around 30% of the Country’s energy. 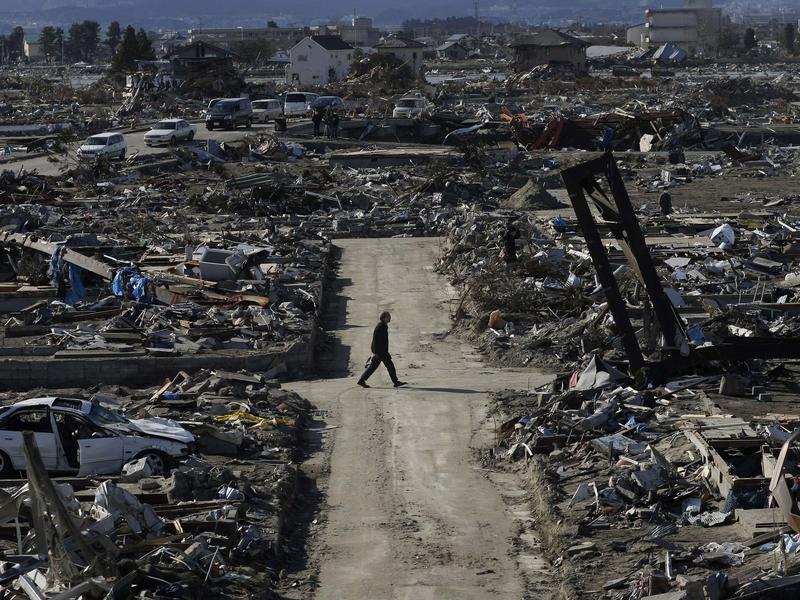 The earthquake amid human negligence caused the failure of the Fukushima nuclear power plant, resulting in the meltdown of other nuclear plants and radioactive leaks; the worst nuclear power plant failure second to Chernobyl. About 154,000 people evacuated the area, a total of 121,800 structures were destroyed completely, and over a million other suffered a varying degree of damages. A total of 15,894 people died, 2,558 were reported missing with an estimate of $315 billion lost ($356 billion 2017 USD).