Our planet is blessed with different mind-blowing and incredible sites. One of them is Easter Island, which houses magnificent stone heads known as Maio. For many decades, everything about the Island and carved stones seemed strange and mysterious. Fortunately, we can now give answers to many of the questions that have been bothering us. 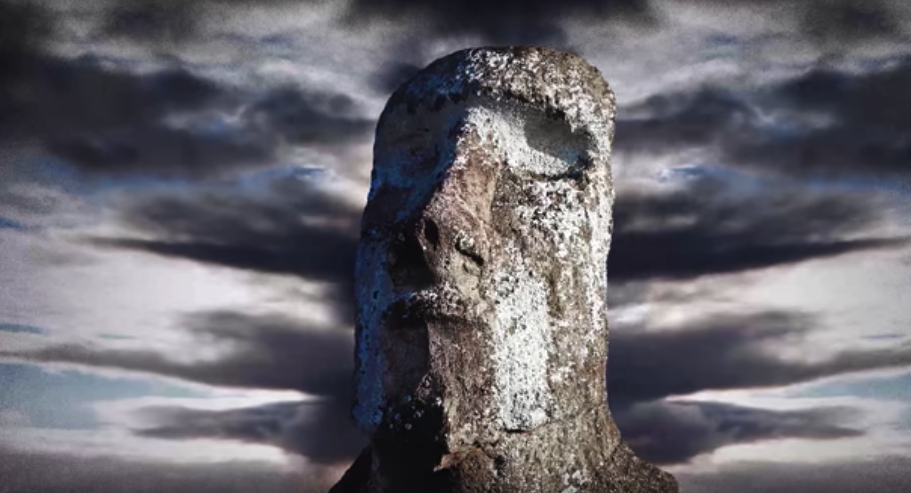 Who built the stone heads? Are the carved stones just stone heads? What was the significance of the statues to the residents of Easter Island? Were the initial residents of the Island wiped away by something more powerful than they could handle? Thanks to scientists, all these questions have given appropriate answers. Brace yourself; you are in for a long, but beautiful ride. You are welcome!

The Chilean Island, which is known as Rapa Nui and often referred to as Easter Island, is located in the southeastern Pacific Ocean. It is right in the south-east area of the Polynesian Triangle in Oceania. The Island is one of the farthest and isolated places on the world's map. 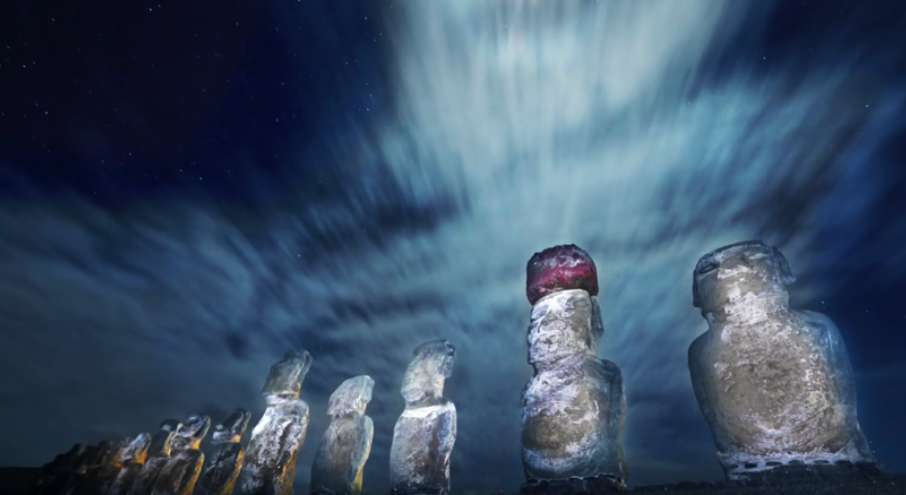 Pitcairn Island is the closest inhabited location to Rapa Nui, and it is about 1,931km away, while Chile is about 3,701km away from the Island. The Island, which is home to about 887 monumental statues, has an area of 63.2 sq m.

THE MYSTERIOUS AND MAGNIFICENT STATUES KNOWN AS MOAI

Rapa Nui statues are famous for their large and tall stone heads. The stone heads are known to have been carved between the period of the 13th-15th century. The statues have protruded lips, elongated ears, rectangular heads, heavy brows, and long noses with a unique fish-hook-shape. The look on the stone heads represents a proud one. The jaw lines are prominent rested on the truncated neck. The jaw lines stand out against the truncated neck.

According to many archaeologists, they were convinced that the stone heads represented authority and power for them, including political and religious. Intriguingly, all but one stonehead faced inbound. The stature is known to be of great safety importance to the locals. The sole stone head that meets outbound is known as Ahu Akiyi. It is believed that native inhabitants of the Island who built the moai used the stone heads as a repository of spirits. Apparently, wooden objects and carved stone artifacts stand for a significant meaning in Polynesian religion. They are convinced that, if the stones and wooden objects are sufficiently prepared, a magical spirit takes control of the artifacts.

Surprisingly, what everyone thought was just a stone head had a body! In 2012, scientists found out that bodies attached to the head were concealed underground. Who would have thought?  Also, scientists found out that the moai were incredibly tall and heavy. The biggest stonehead has a height of 33 feet and weighs 90 US tonnes. While the tallest yet uncompleted statue has a height of 70 feet and weighs about 297 US tonnes.

Notably, one of the stone heads has a unique stature and looked different from the others — the stone head which resembles more of a human than the rest is called - Tukuturi. Explorers believe the stature was most likely that of an old singer, and he even had what seemed like a beard.

HOW WERE THE MOAI TRANSPORTED THROUGH THE ISLAND?

About 559 moai were transported out of the Rano Raraku quarry by the Islanders for total distances of 16-18 kilometers (or about ten miles); a truly massive undertaking. For decades, people have been curious about how the moai were moved. Many scientists have suggested various theories which have been discredited. Scientists have tried testing many ideas in the past, trying to find out how the Rapa Nui inhabitants must have employed the use of log rollers, ropes, and wooden sleds to move the moai.

The recent discovery seems to have correctly provided the right answer. They are convinced that the Islanders moved the stone heads in a rocking motion employing rope and human strength. They experimented and noticed that fat bellies made it easily possible to tilt the stoneheads forward. Also, they believe that the D-shaped bases could have helped the Islanders to roll and rock the moai, making it move.

HOW WAS THE MOAI BUILT?

It is believed that the people of Rapa Nui used basalt stone picks to carve the stone heads from solidified volcanic ash known as Tuff. The volcanic material was gotten from Rano Raraku, an extinct volcanic site. After they finished carving the stone heads, they were carefully detached from. Majority of the moai on Rapa Nui have hats or topknots on their head. This is known as pukao. The material the islanders used for making the hats was gotten from a different quarry -Puna Pau cinder cone.

The material which is red scoria was formed in the volcano. It was ejected during an old eruption. The koa has various color such as nearly blood red, and solid plum color. The moai also have shell and coral eyes, which is an uncommon phenomenon on the Island. The white part of the eyes was made from seashells, while the irises were from inlaid coral. Over 100 pukao have been discovered in the Puna Pau quarry. They are usually large squat cylinders close to about 8.2 ft in every dimension. About 300 uncompleted stone heads can still be found at Rano Raraku. The largest stone head on Rapa Nui is an incomplete work. It is over 18 meters in height.

WHAT HAPPENED TO RAPA NUI?

It is utterly surprising, how a race so successful and civilized suddenly disappeared. There have been various reasons for why the population of Rapa Nui depleted. Some even postulated alien involvement. However, the evidence disclosed that the old residents gradually lost natural resources through deforestation and drastic population growth. This triggered desperation and violence. Nonetheless, that wasn't all; there is more about what probably happened in Rapa Nui.

As narrated through oral tradition, Rapa Nui was discovered on a two-canoe voyage. The expedition was led by Chief Hotu Matu'a and captain Tu'u ko Iho who came from Marae Renga. The Easter Islanders are regarded as South-East Polynesians. Sacred areas with stature are very familiar with Eastern Polynesia. The population of the initial inhabitants of the Island was between 3,000-4,000.

WHEN DID IT ALL START?

According to beliefs, residents of Rapa Nui arrived on Easter Island around 1200 AD. They established a diligent and robust culture. The stone heads and other artifacts serve as evidence to their advanced civilization. However, as the years went by, land cultivation and the activities of the Polynesian rat caused deforestation. When the Europeans invaded their land in 1722, Rapa Nui's population was approximately 2,000-3,000.

The Europeans introduced new diseases to the land, and then, the Peruvian slave quest in the 1860s caused the population to reduce further. Also, because of the happenings, a lot of moved migrated to other islands to survive. By the time, it was 1877, the population of a native resident was 111. Around 1862 and 1888, 94% of the population were eliminated or emigrated. The Island was attacked by blackbirding from 1862 to 1863, leading to the abduction or murder of approximately 1,500, with 1,408 striving as servants in Peru. Nearly, about a dozen later came back to Easter Island.

HOW IT ALL ENDED

However, they returned with smallpox, which affected other population and killed off others. Only 1,500 residents remained alive. Among those who died included Easter island's tumu ivi 'atua, those who bear the Island's history, culture and genealogy apart from rongorongo residents. Beautifully, the Island got recognition from UNESCO in 1995. It was named a World Heritage Site. Furthermore, a large part of the Island is protected within the territory of Rapa Nui National Park.

What do you think about the stone heads found in Rapa Nui? Do you think they more things to be discovered on the Island? Let us know your thoughts in the comment section. If you found this article interesting, share it with your friends and loved ones.