When it comes to movies, television dramas, and series, there is lots of information that fans might not notice. This could be a result of the eye-catching and breathtaking suspense that is enshrined in the delivery of the production. However, being aware of the intriguing facts will only spark more curiosity and affect the drama's popularity.

In discussing the show, the 'The Handmaid's Tale,' there are arrays of peculiar facts that influenced the decisions made by the producers in terms of plot twist and setting, and it is essential that as a fan, one is very much aware of these factors. We are here to give you an analysis of the intriguing drama that has everyone's attention —’Handmaid's Tale.'

However, famous for its thrilling suspense, the television series keeps its curious fans asking questions like, "what is Serena's real age? Does it coincide with that of June? What's up with the color red?" Luckily, we have all the answers to those questions, so stick with us to quench your curiosity!

DO SERENA WATERFORD AND JUNE HAVE THE SAME AGE?

Over the years, most movies have been adapted from books, so It is no surprise that the 'Handmaid's Tale' has a novel as its origin. But just as change is constant, the dominant factor that distinguishes the text from the film adaptation is its crew members and the flow of the story. Most times, the story stays the same, but to appeal to the senses of film watchers and the public, the producers and executives tend to change some details for proper structure. 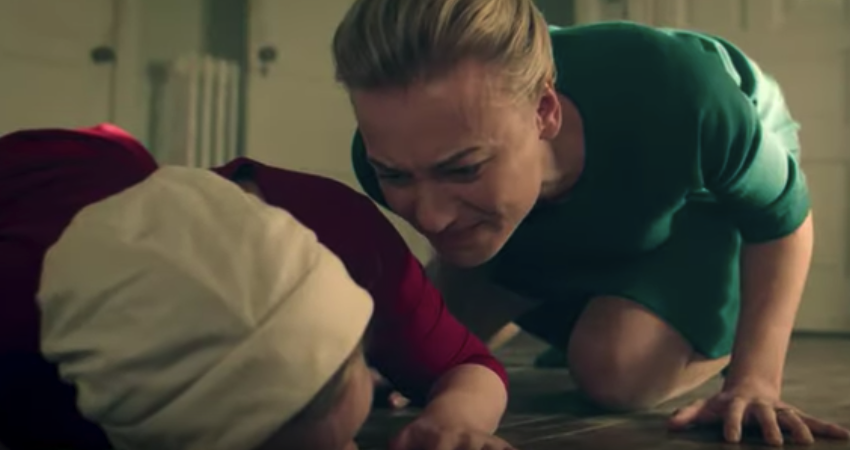 In the book, the character known as Serena Waterford was scripted to an older female than June. Even though the writer of the book did not outrightly spell out the commander's wife age, he gave hints to her being older by mentioning that she has arthritis and uses a cane. Conversely, on screen, Serena looks like she is in the same age range as of June.

Commander Waterford, who was played by Joseph Fiennes in a recent interview, explained that he admired the change in the movie. One look at the commander and his wife, and you would think that they are the most subtle pair with no possibility of even hurting a fly! The producers have done exceptionally well in concealing their personality, and it is commendable. According to Joseph Fiennes:

"I love the complexity of wrong-footing the audience with someone's age and the way they look." 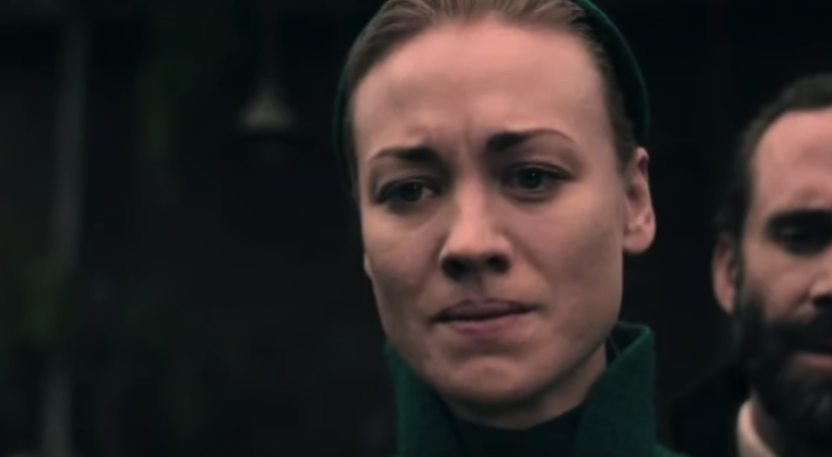 WHERE DO THEY FILM THE SERIES?

Film making involves a lot of dedication. And while the stars put in adequate work into the actualization of a project, the crew members and the costume director, makeup artiste, as well as vocation director also play a significant role. Events of the series take place in Boston, Massachusetts, but in reality, those scenes were shot in the suburbs of Toronto. Hamilton is where the commander resides with his wife and June. 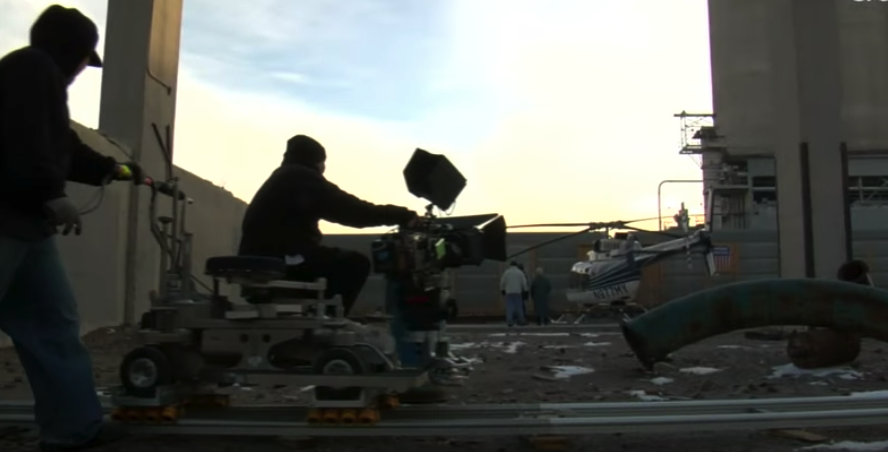 The wall by the water where the handmaids passed hanged bodies actually exists, and it is situated in Cambridge, Ontario. Other parts like the Coronation Park in Oakfield were used as the location where the handmaidens gathered for specific events. It is quite ironic that most parts of the series were filmed in Toronto, as the suburbs of Toronto holds a record of being a refugee camp. It acted as a settlement for refugees who fled Gilead for safety; these locations were adequately engaged in the film. How apt! 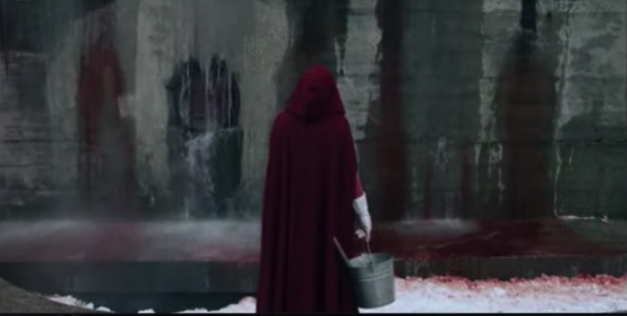 Moss happens to star in the production, but that is not all, she also produced the movie. And the star actress shared her experiences in working with the team. In her words:

"It is a lot of work — it is just constant — but it is so much work and fulfilling as well. I don't just show up, do my scene, and leave. If I am not acting, I am making calls; I am watching cuts of episodes." 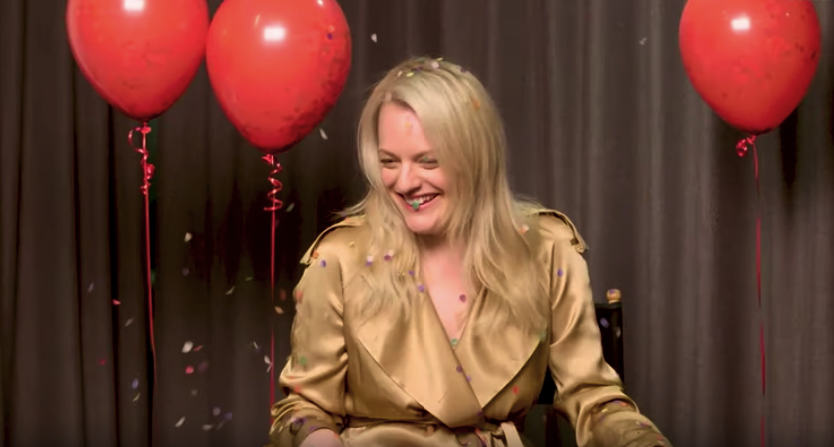 The actor-producer expressed that she has learned a lot while working and that the whole thing made her formidable. She claimed that having to come up with ideas makes you vulnerable to peoples opinion. Moss described the process as an outlet to pour out her thoughts.

She came under the reeks of fans who felt a particular season appeared to have low lighting, but the producer is not one step close to being shy of the play's originality as she spoke about the necessity of watching the show.

"Usually I say, 'You have to watch' though, because that's real if you can't watch a tv show were making about it, how are you going to be able to confront and look at what's actually happening around you in your country, in this world?"

THE COMMANDER TOOK ARTWORK FOR HIS HOME

Most moments from the show, especially scenes from its First Season, were taken in a single location— the commanders' abode— which has a series of artistic designs, and decorations. Over the two seasons of the show, fans got so used to the location that they could instantly tell the location of every room. However, there was something peculiar about the hanging artworks. 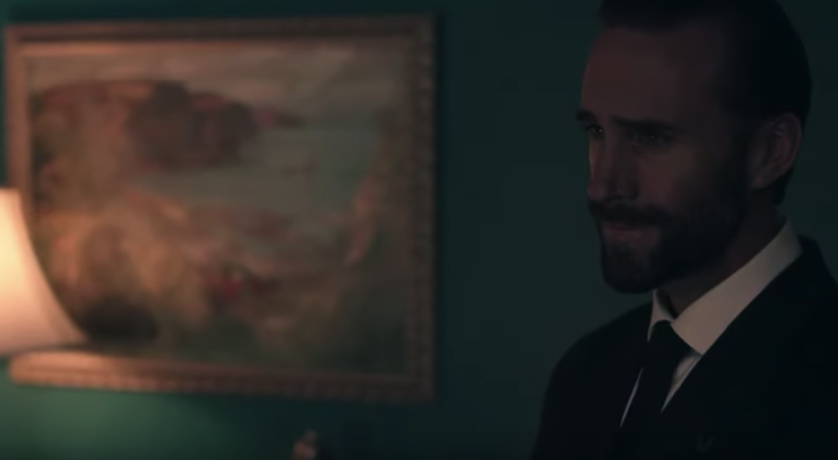 Since Serena is fond of painting and gardening, it's no surprise that there are paintings in her room. But at a closer look, you'll notice you might have seen those works somewhere other than the show. Yes, that right! As a result of the commander's high position, he was allowed to borrow some portraits from the Boston Museum of Fine Arts. He even has a Monet painting hanging on his wall. 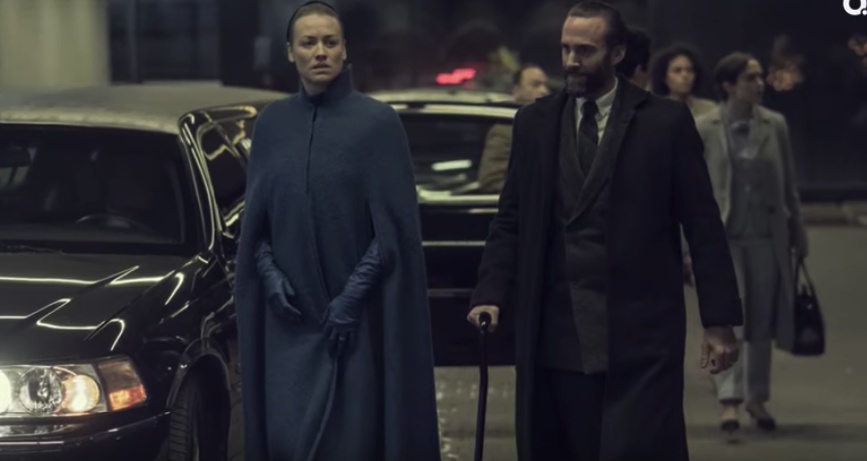 June, who isn't allowed to read and write is placed in a room that springs memories of her past life. Before creating Gilead, she was an editor. The production designer, Julie Berghoff, reveals that June's room setting was to faintly and slowly rekindle her memory of being educated. She also commented on the placement of empty mirror frames on the wall to curb the feeling of being too vain. Actor and Producer, Elizabeth Moss, also spoke on the dynamics of change employed in the room. According to her:

"The most distinctive things about offred's bedroom is that there are no locks on the doors and there is nothing in there that you could hurt yourself with, so that's a political message as far as women's right." 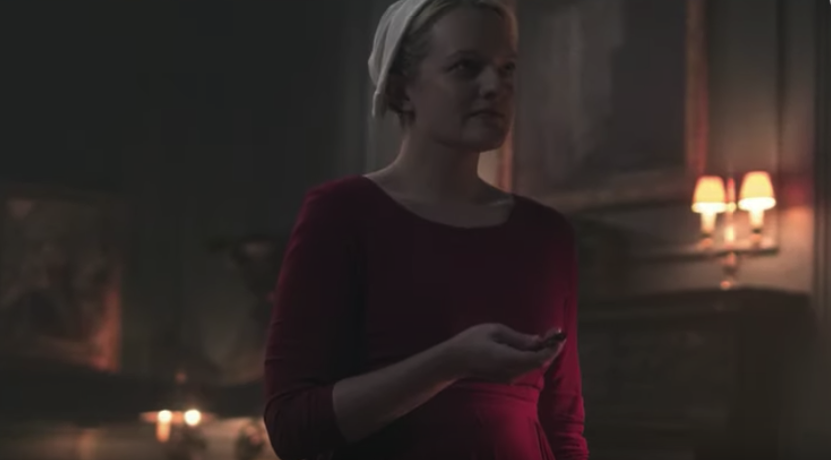 Atwood Margaret, the author of the novel, was invited to be part of the team to overrun the affairs and success of the show. Elizabeth featured Atwood as an aunt in the first episode. She mentioned that she was supposed to be hit by an aunt in that scene and she thought Atwood should take the role. Margaret was thrilled to be part of the whole procedure but confesses that it was a bit hard to play her character, because she had to slap Elizabeth in one of the scenes, and it was quite challenging to do. She said:

"Although it was only a television show and these actresses would be giggling at coffee break, and I was just pretending, It was way too much, like way too much history." 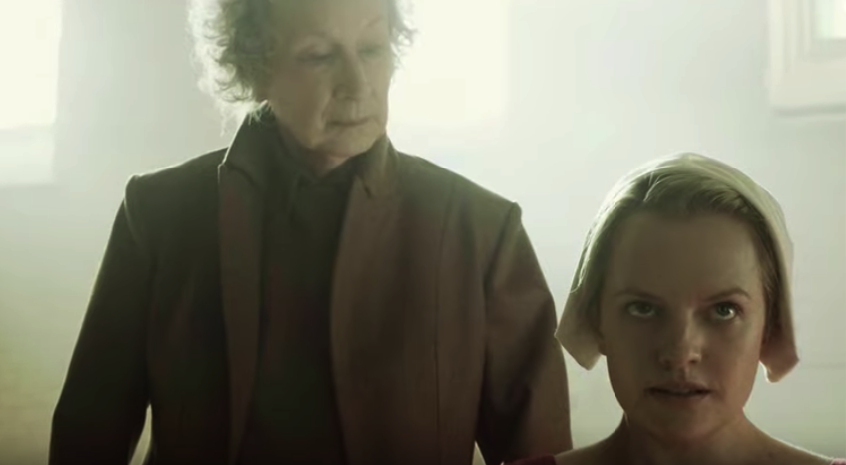 OFFRED: THE BOOK VS THE SERIES

The name changes of handmaidens such as Offred, and Offglen are inspired by the names of their new masters, in the series. In the book, however, it is speculated that June is Offred's real name, even though the writer didn't share this piece of information. In the series, Offred exchanged names upon her arrival with other handmaids, saying her name is June. June's character is the direct opposite of what is portrayed in the book. She has a compelling feel to survive not to fight or rebel, as seen in the series.

THE TRUTH ABOUT THE GILEAD GOVERNMENT

While the Gilead government focused on distinguishing people of different races in the book, the drama showed how several races and people with different sexual disposition come together. This was mainly seen in the character of June's friend Moira who is gay. Elizabeth Moss described this move as necessary and calculative, to appeal to today's world, and make people see themselves in the show. 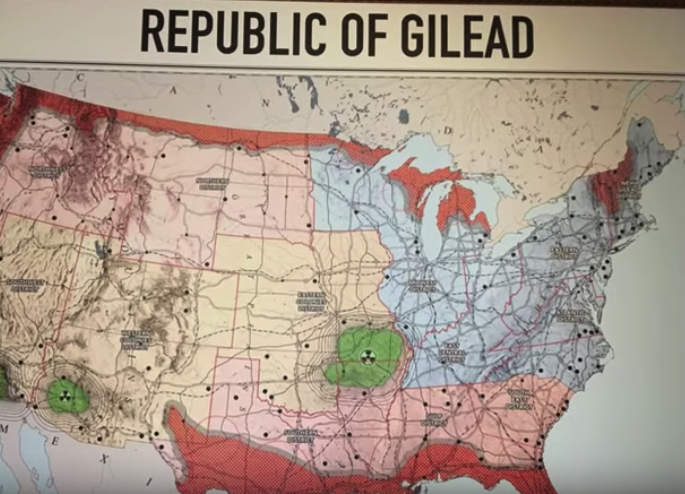 THE SERIES IS THE TENTH ADAPTATION OF THE BOOK

The current production of 'Handmaid's Tale' is the tenth adaptation of the book. Its first was a stage play in Tufts university years after the book was published in 1985. It was scripted in a movie in 1990 with Hollywood's biggest star acts, like Natasha Richardson, Faye Dunaway but was a disaster due to the internal strife caused by Harold Painter.  It was also performed in ballet and opera, and twice as a radio piece. 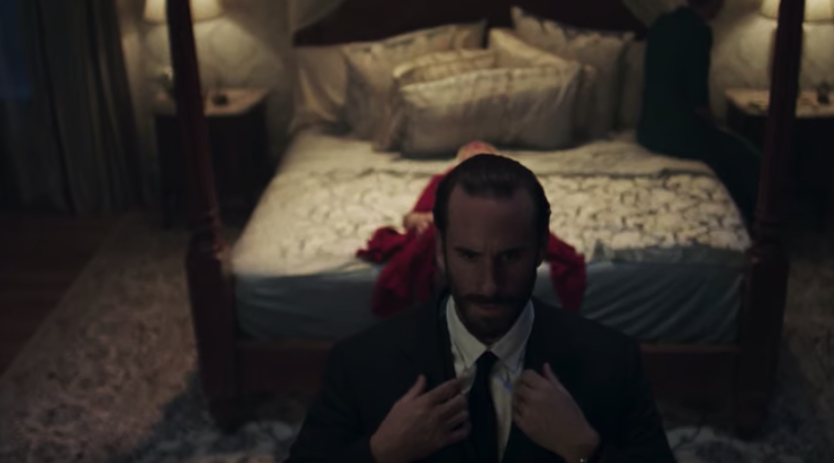 We see that Serena Joy Waterford was a conservative activist, who worked hand-in-hand with her husband to pioneer the rebellion by the Puritans in the Second season of the show. Her Puritan movement gave birth to Gilead. It is believed that Serena's role is based on the life of the activist, Phyllis Schlafly. Schlafly is one of the prominent women activists in America, and she shares similar qualities with the role of the commander's wife, meaning she was the prototype of Serena's character. 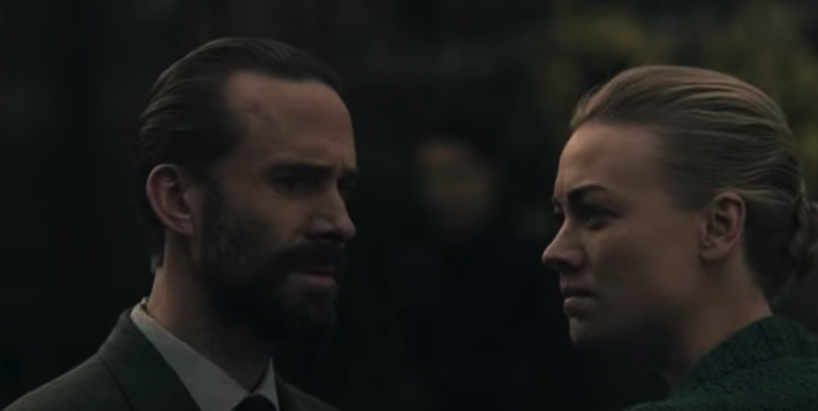 A FORMER PRESIDENT INSPIRED THE TRAILER OF SEASON THREE

The third season of the series is yet to air, but the trailer gives fans a peak of what is to come. The teaser trailer is synonymous to what was said by President Reagan concerning the future of American women when he read for a spot on TV. It was inspired by the President's 'It's Morning Again' commercial from his re-election campaign in 1984. 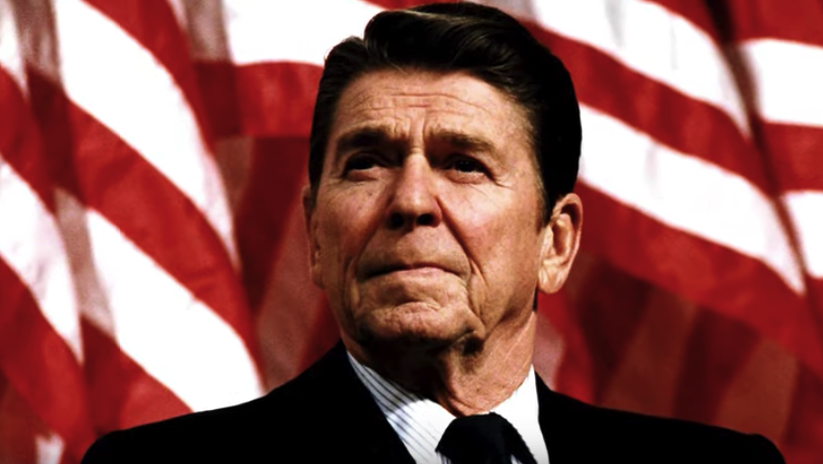 THE HIDDEN MESSAGE IN THE COLORS

The different shades of colors from red to green to blue, all signify a thing or two. The citizens of Gilead popularly wear red, especially the handmaidens, and the color signifies fertility. Green, on the other hand, represents cleanliness and is worn by the workers, while blue signifies purity and upper-class. 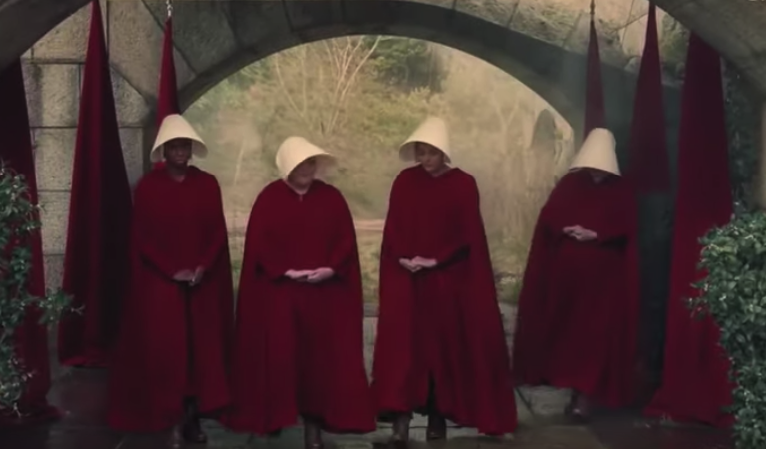 'The Handmaid's Tale' is indeed a captivating show that has stolen our hearts with its first two seasons. There is no doubt that the show's success is embedded in its intricate details and mystery. With its Third Season airing already, we hope these details given, help you enjoy the show some more! If you have learned a thing or two about the series, feel free to share this piece of information on the comment section!