Bradley Cooper’s latest film, ‘A Star is Born’, with Lady Gaga received many accolades, including the Academy Award for Best Original Song for ‘Shallow’. The actor has been working behind-the-scenes for a while, especially because his career in Hollywood was cemented through years of blockbuster films and Oscar-nominated projects.

His popular films and the critically acclaimed movies go together always, which is not the case for other celebrities, particularly if the actor has taken on several different genres. However, some people say that success is nothing without love, and that's something Cooper hasn't been able to keep. HIs ex-wife even made some shocking comments. Let’s find out more! 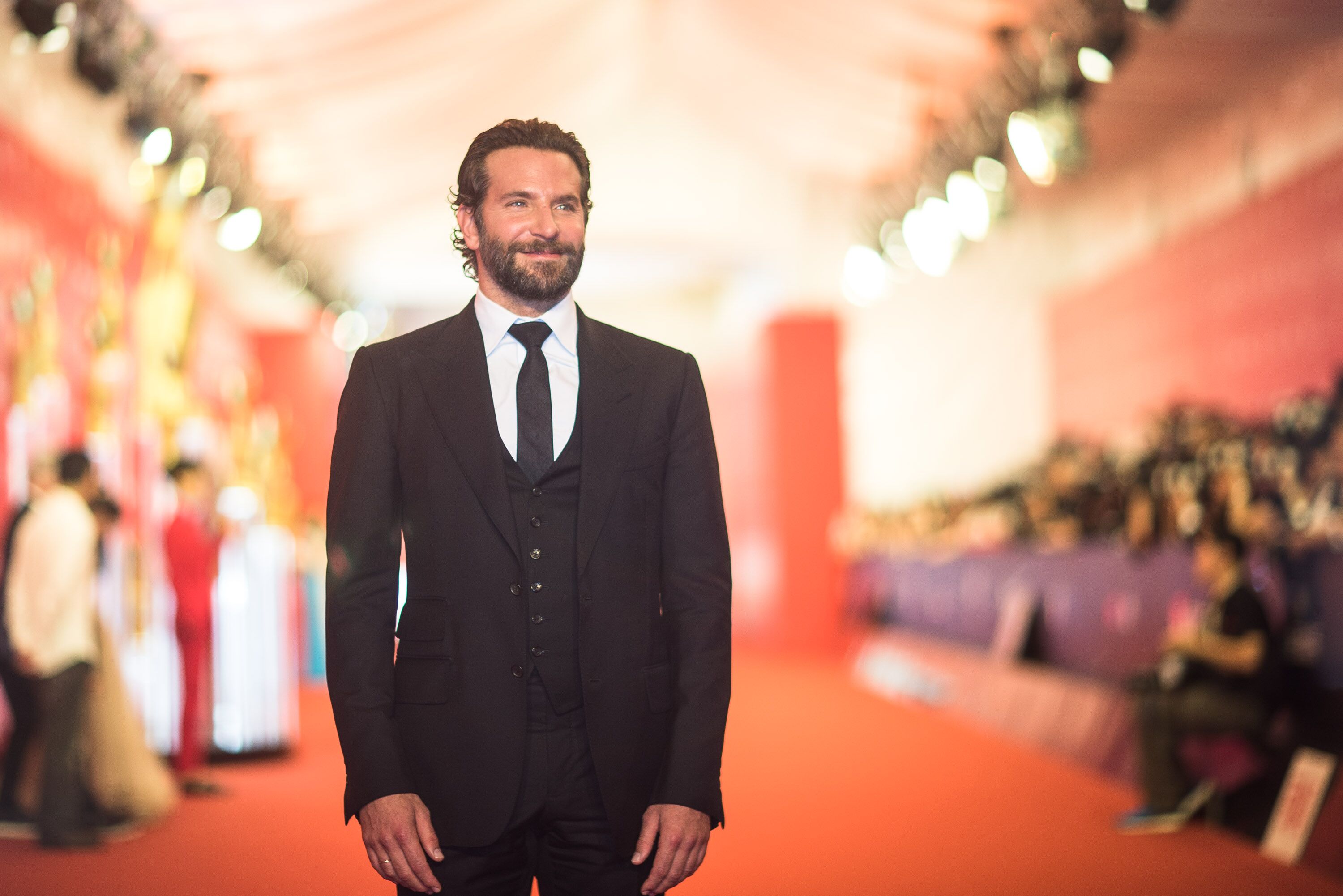 HIS BACKGROUND SCREAMED OF SUCCESS

Bradley Charles Cooper was born on January 5, 1975, to parents Charles Cooper and Gloria Campano. Charles worked at the bank Merrill Lynch, while Gloria had a job at NBC radio. Additionally, Cooper has a big sister named Holly. He was enrolled in Germantown Academy in Philadelphia, where he graduated at 18 and went on to Villanova University. 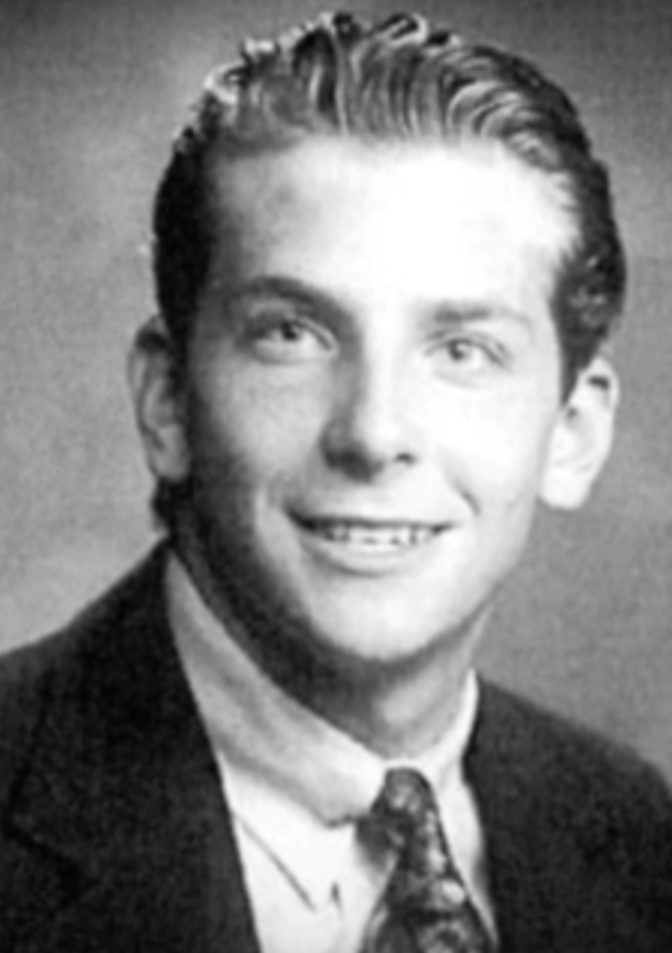 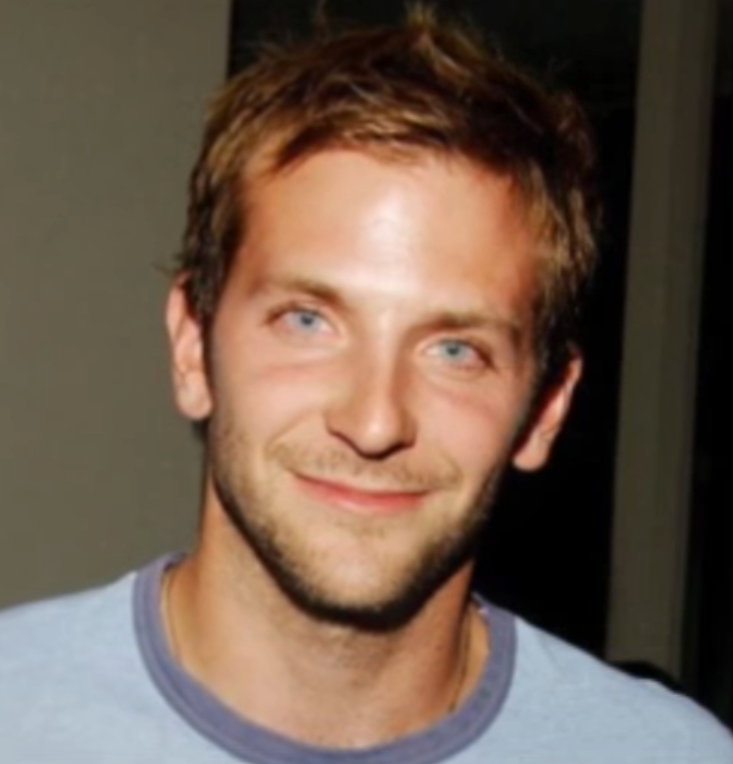 However, he later transferred to Georgetown University and got a degree in English with honors. Little did Cooper know that he would become one of the best actors in Hollywood. In 2000, he signed up for the Actors Studio MFA program in the New School in New York, right after earning a cameo in a popular TV series in 1999. 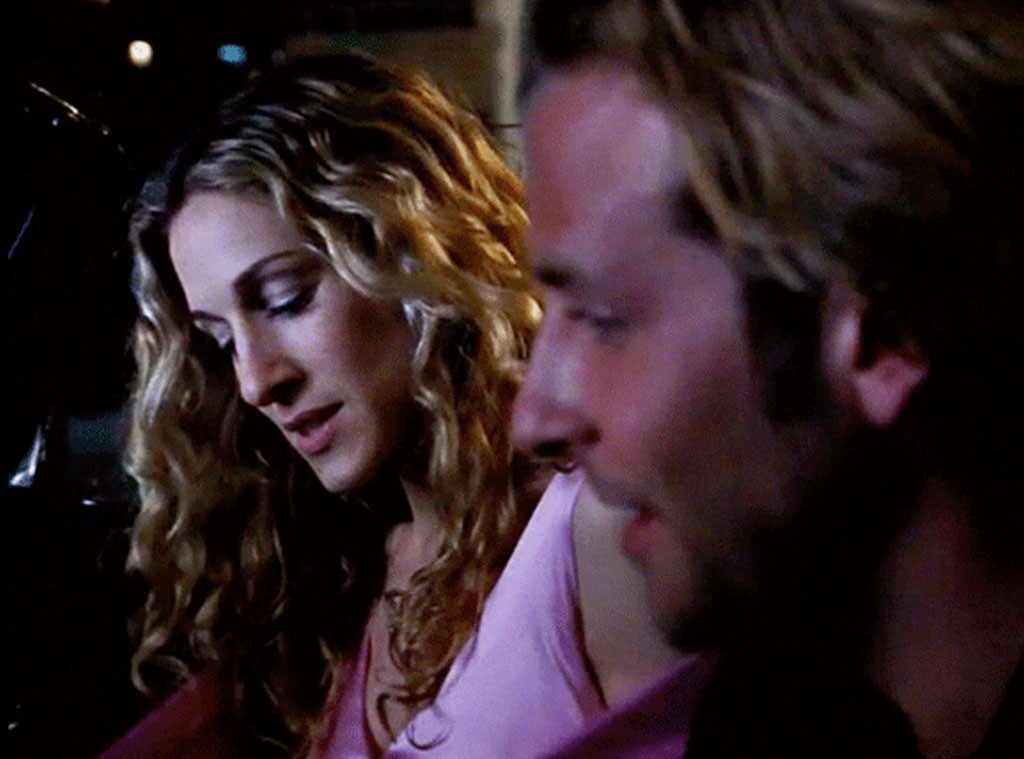 A CAREER UNLIKE THE REST

Cooper ventured into the acting world in 1999 with a cameo in ‘Sex and the City’ alongside Sarah Jessica Parker, which earned him his first role on the big screen with ‘Wet Hot American Summer’. He became a television star thanks to ‘Alias’ with Jennifer Garner, where he played the role of Will Tippin, a news reporter, from 2001 until 2006.

The actor might have started making a name for himself in films such as ‘Wet Hot American Summer’, ‘He’s Just Not That Into You’, and ‘Yes Man’, but it wasn’t until his roles in ‘Silver Linings Playbook’, ‘American Hustle’, and ‘American Sniper’ that people truly saw that he wasn’t just another Hollywood heartthrob with no range.

Last year’s ‘A Star Is Born’ was even more proof of his talent, especially how he can transition from comedy to thrillers to dramas without effort. In 2014 and 2015, he was named one of Forbes highest paid actors of Hollywood. Additionally, his box office success is parallel to his critical accolades, and they have made him a very rich person.

According to Celebrity Net Worth, Bradley had amassed around $100 million by January 2017, and it’s very likely that he earned a lot more since then. Of course, he also took some time off in 2017 after the birth of his daughter with now-ex-girlfriend, Irina Shayk, but he returned in a big way in 2018, directing and acting in the fourth remake of ‘A Star Is Born’ alongside Lady Gaga. 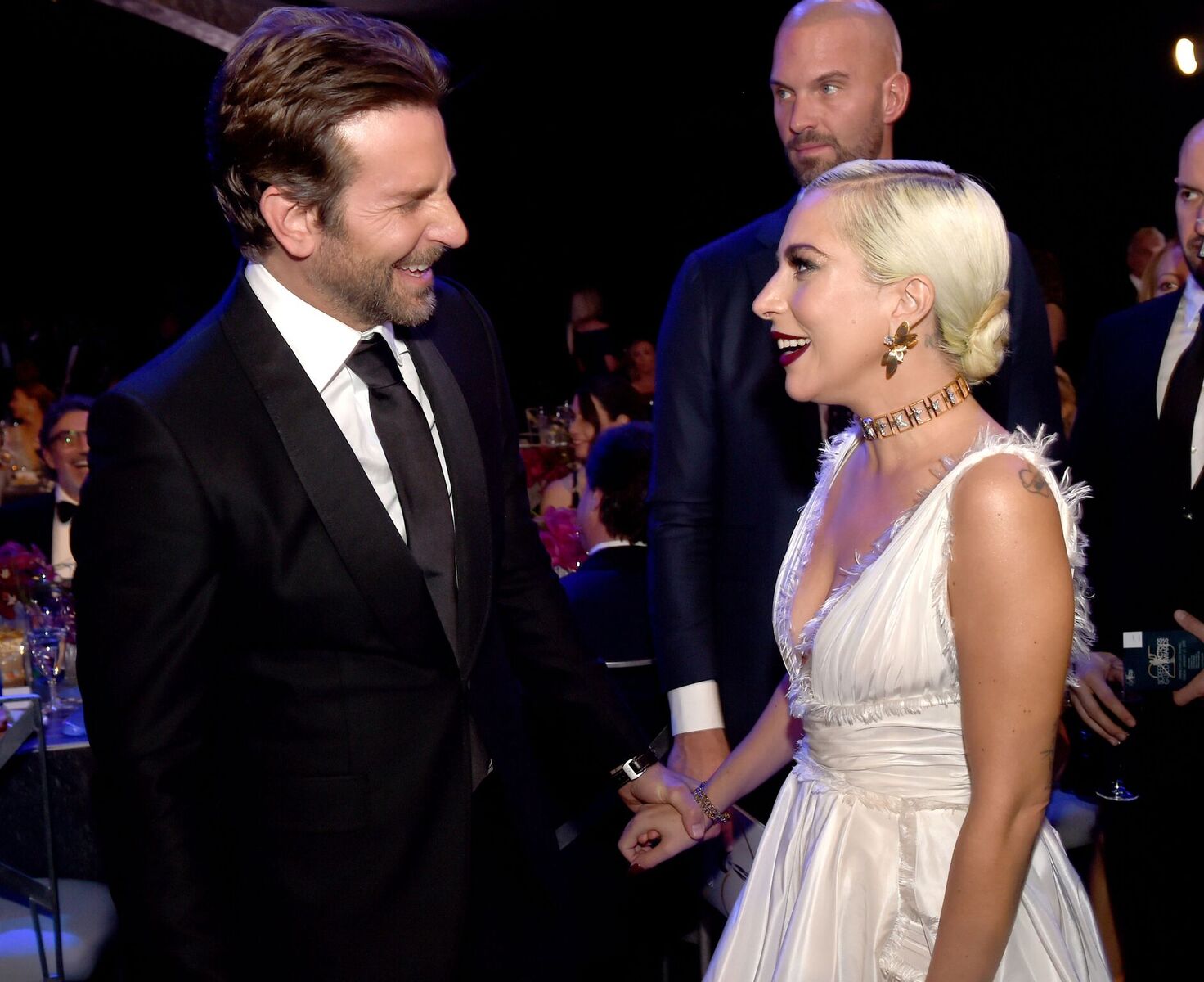 Furthermore, he worked with director Clint Eastwood in the movie ‘The Mule’ as Colin Bates, and Cooper also lent his voice to Rocket Raccoon in Marvel’s ‘Avengers: Infinity War’. Meanwhile, ‘A Star Is Born’ grossed $415.8 million by February 2019, and it seems that the praise hasn’t died down at all. Singer Lady Gaga earned a reported $50 million from the project, bringing her net worth up to $300 million, according to Celebrity Net Worth.

Therefore, it’s safe to assume that Bradley Cooper made around the same amount, which is remarkable considering the film originally had a budget of just $36 million.

THE MOVIE THAT MADE HIM FAMOUS

In the world of comedy, Cooper had taken several small roles in movies such as ‘Failure to Launch’ and ‘Wedding Crashers’, but he became a star thanks to 2009’s ‘The Hangover’. No one expected the film to be such a box-office hit, and as a result, he reportedly received 8 times his initial salary of $600,000 for the sequel. Additionally, he was now a recognized lead actor.

He made $5 million for ‘The Hangover 2’, and that’s how he landed roles in ‘He's Just Not That Into You’, ‘Limitless’, and ‘The A-Team’, which continued increasing his fame. In 2013, Warner Bros. released the third sequel for ‘The Hangover’, but the next year would prove as the best yet.

In 2014, Bradley Cooper earned $46 million from different things, which made him the third highest-paid actor in Hollywood. He received his first Oscar nomination as Best Actor for ‘Silver Linings Playbook’, where he played the role of a bipolar man. Furthermore, he was also nominated for ‘American Hustle’ as Best Supporting Actor, and later, for ‘American Sniper’. 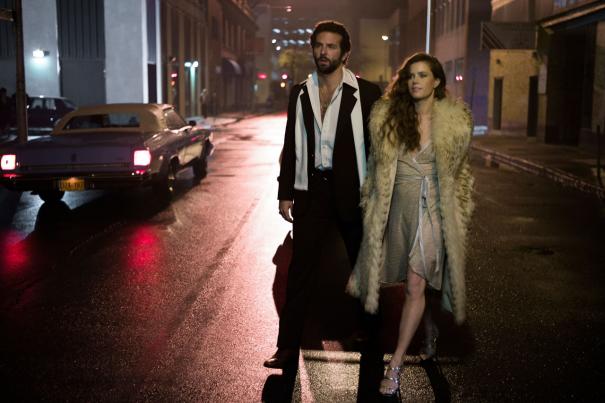 The commercial and critical success of these films would earn him that impressive amount, landing on Forbes' list just behind Dwayne ‘The Rock’ Johnson and Robert Downey Jr. However, he made the list again in 2015 as well with $41.5 million. He starred in ‘Joy’ with Jennifer Lawrence once again but received tons of praise for ‘Aloha’. The actor was also in ‘Wet Hot American Summer: First Day of Camp’.

He was named the fourth highest-paid actor behind Vin Diesel, Jackie Chan, and Robert Downey Jr. 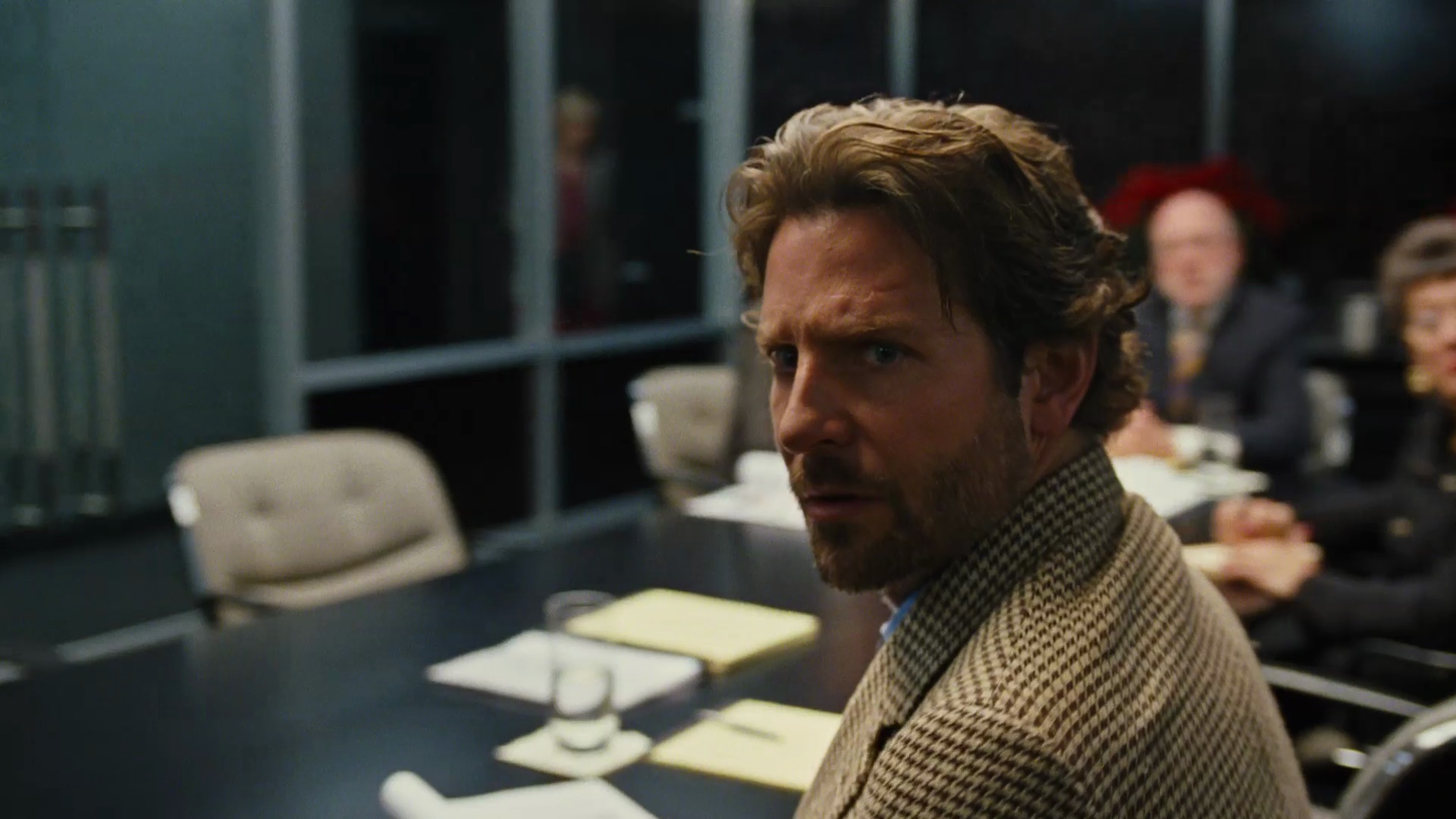 A STAR WAS REBORN

The success of ‘A Star Is Born’ was different than anything else, as Cooper was directing a project for the first time. In fact, he worked tirelessly backstage to release this story, which has already been remade several times in the past. Lady Gaga was cast in the female lead role, and their chemistry couldn’t be denied. 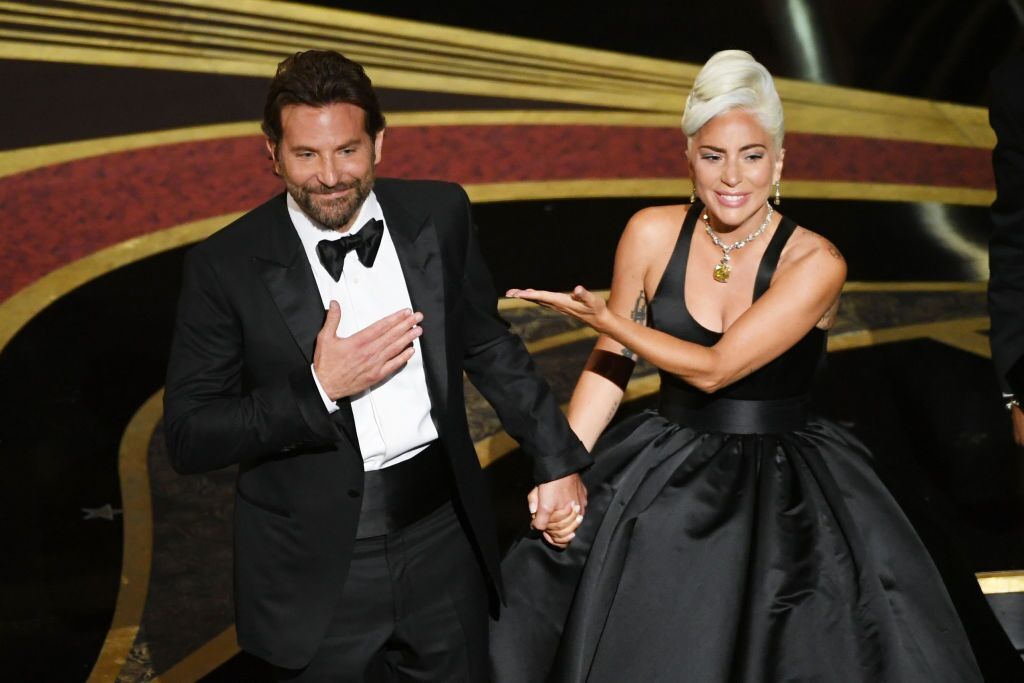 SURPRISING FACTS ABOUT THE ACTOR

Cooper was married to Jennifer Esposito in 2006, but they got divorced after only one year. The actor has been linked to several other ladies such as Renee Zellweger and Suki Waterhouse. He was most recently linked to Russian model Irina Shayk, who gave him his first child, Lea De Seine Shayk Cooper. Sadly, the pair have recently separated, which has only fueled the rumors that he is dating Lady Gaga. 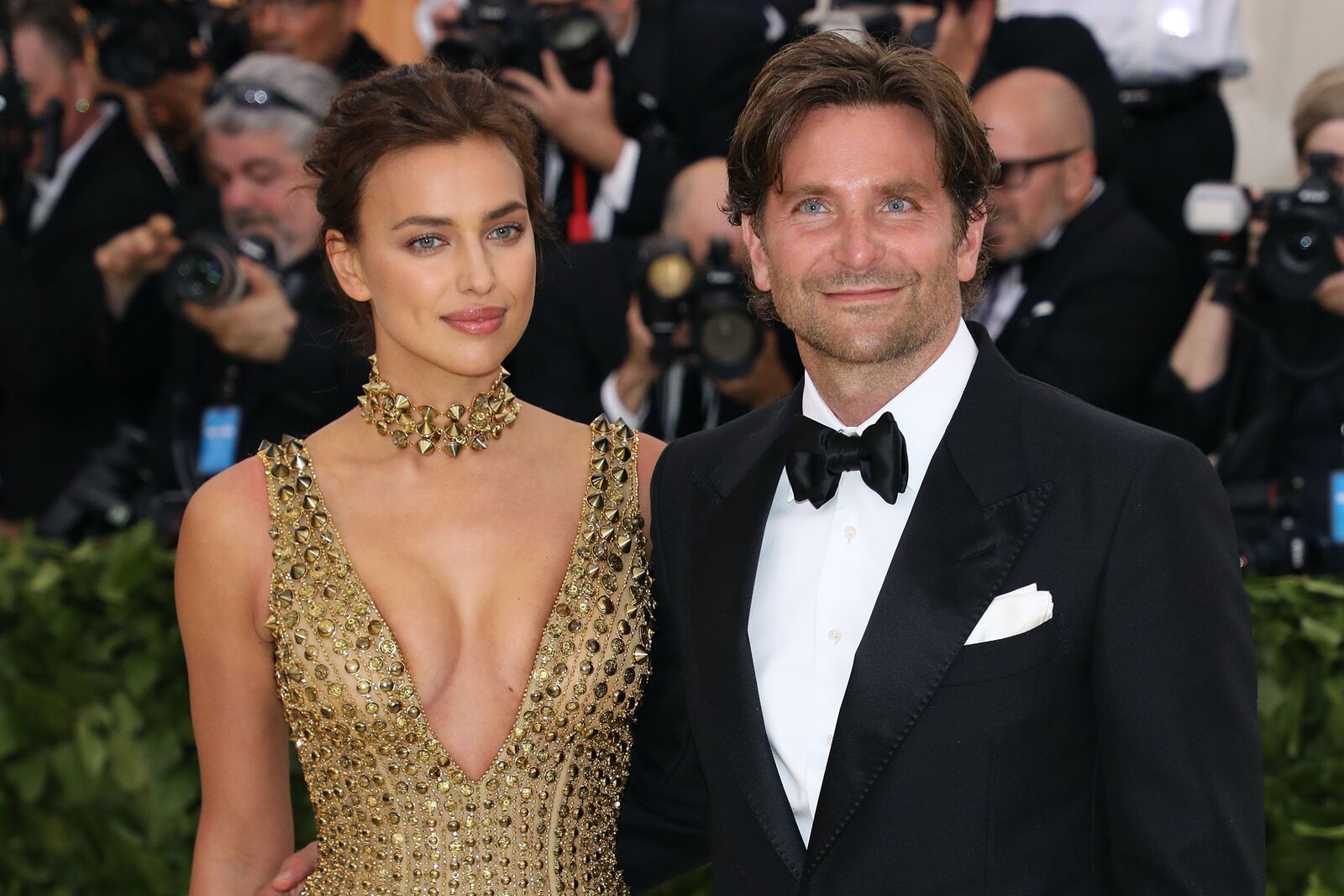 On another note, some fans might be amazed to learn that Cooper is fluent in French, and he was a doorman at the NYC Morgan’s Hotel during his time studying acting. He founded 22nd & Indiana Pictures in 2012, and the company worked with Warner Bros. for ‘American Sniper’. He was also credited as executive producer for the films 'Silver Linings Playbook’ and ‘War Dogs’. 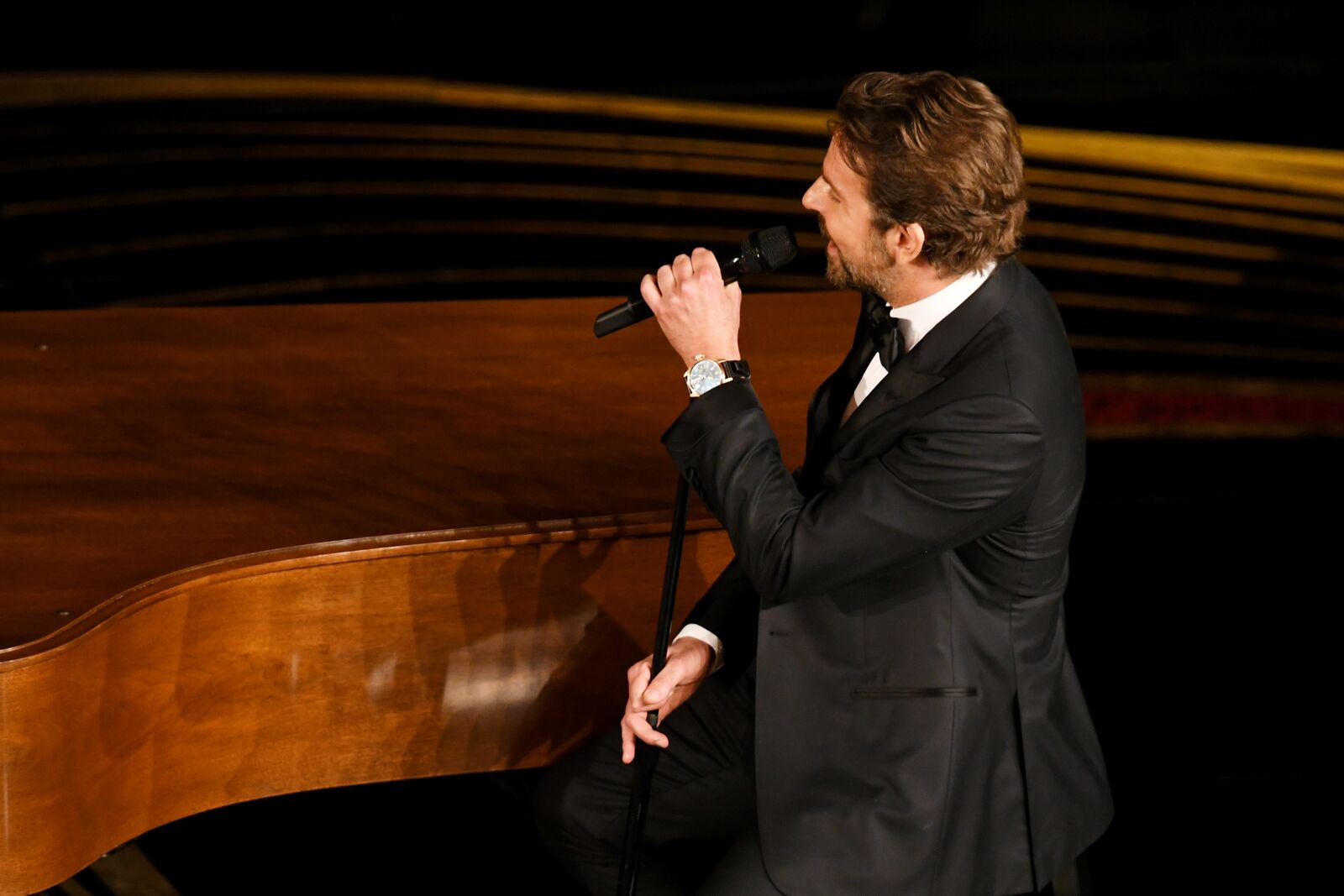 SO HANDSOME BUT BAD AT LOVE

While there are many great things about this actor, Bradley hasn’t been the best at dating. His relationship with model Irina Shayk recently ended, and people are still speculating that it might because of Lady Gaga. Their chemistry during ‘A Star Is Born’ and the Academy Award performance was incredible, but both parties keep denying the rumors. 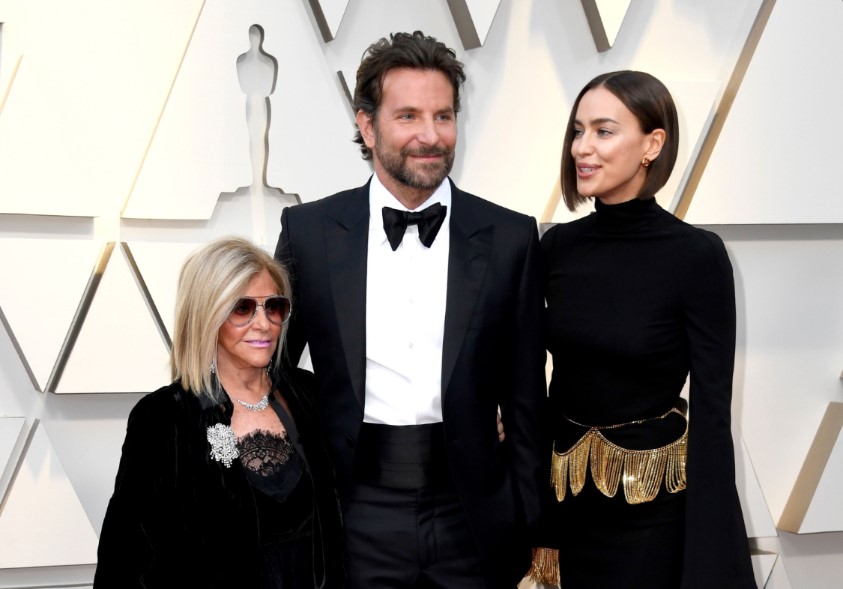 However, it wouldn’t be the first time that Cooper has broken up with a woman thought to be “the one”. Shayk gave him his first daughter, and although the actor never walked down the aisle with her, he has been married before, but it didn’t end well. His only wife was Jennifer Esposito, who he dated years before ‘The Hangover’. 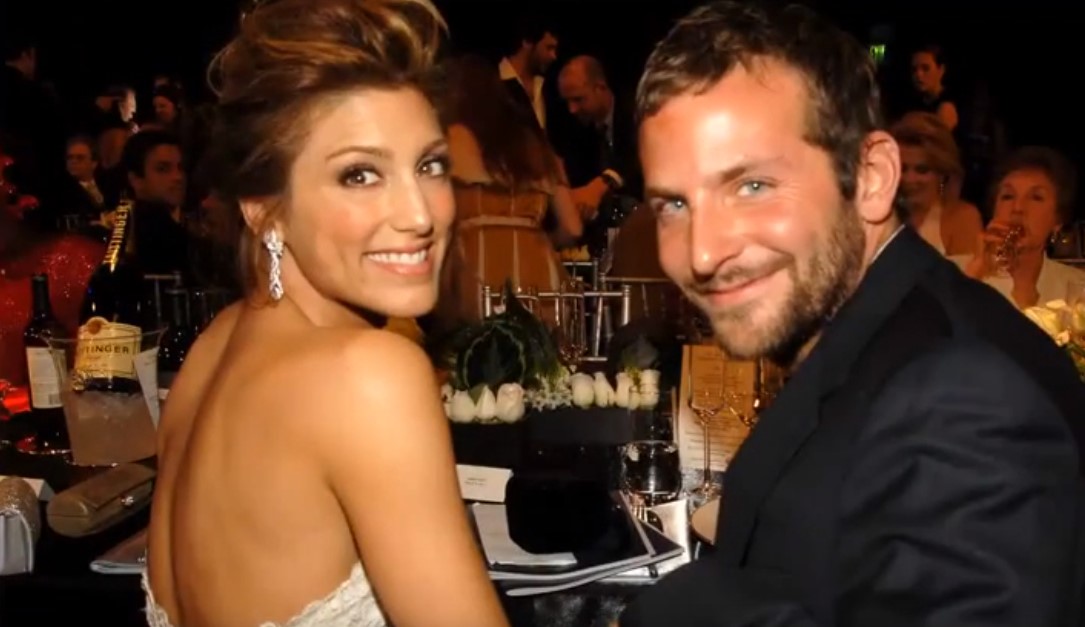 Meanwhile, Esposito was at the height of her career thanks to the movie ‘Crash’, which had many nominations during the 2006 award season. Back then, they worked separately in soon-to-be-canceled shows, FOX’s ‘Kitchen Confidential’ and WB’s ‘Related. The time in between let them get close.

They walked down the aisle on December 21, 2006, in the South of France, but it only lasted four months. In 2014, Esposito released her memoir, ‘Jennifer’s Way’, where she talked about entering a toxic relationship right around the time she had yet to discover her Celiac disease. The actress was suffering from back pains, sinus infections, and stomachaches. 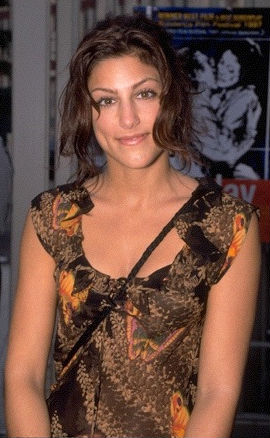 Meanwhile, she was worried about herself. While she never mentioned Bradley’s name, people believe that it was him. "Then I met someone and accepted a date," she wrote. The actress ignored the apparently “red flags”.

"He was funny, smart, cocky, arrogant, and a master manipulator. I didn't necessarily find him that attractive, but I figured that I could enjoy his sense of humor and nonsense for a while. One date became two, two dates became four." 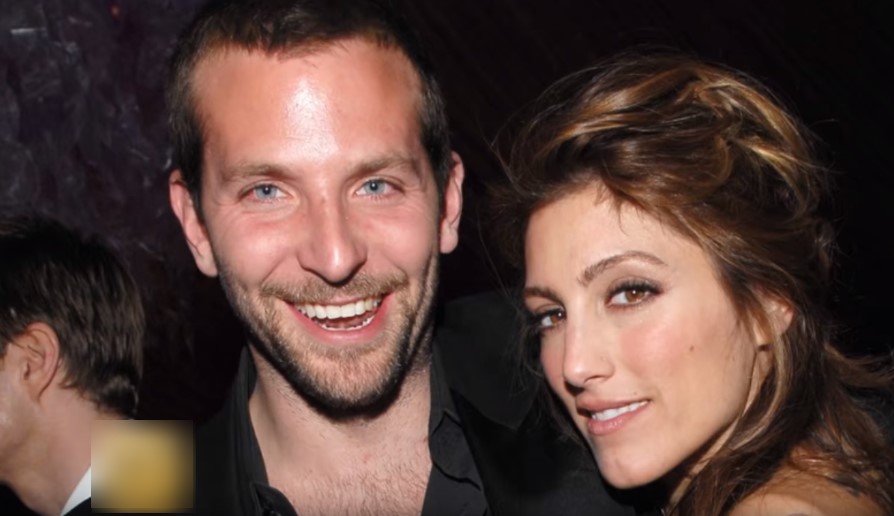 Read more: Lady Gaga and Bradley Cooper: what is really going on?

On May 1, 2007, Esposito filed for divorce citing “irreconcilable differences”, and in 2011, Cooper told Howard Stern,

"It was just something that happened. It just wasn't right. It's interesting...things happen!"

Meanwhile, Jennifer’s book described a horrible situation with the unknown man, but the timing of the matter seems to fit their marriage.

"The relationship was about him and what he needed, and nothing else. I was a non-issue. I became sidelined from my life, my needs, my health. I became very sad and I felt very alone, but I stayed in the relationship." 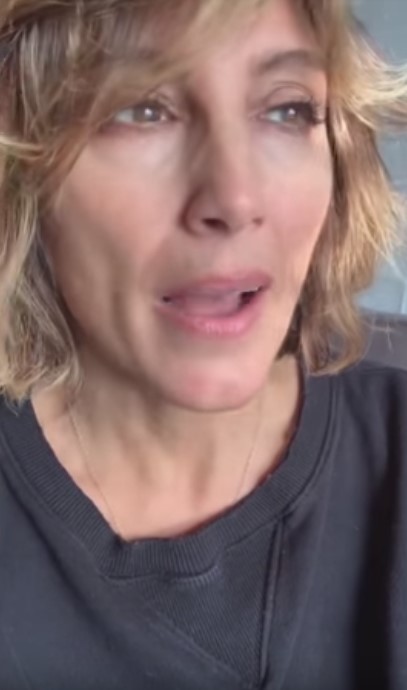 Read more: 5 Unobvious Signs That Make Us Think Lady Gaga May Be Madly In Love With Bradley Cooper

Later on, Jennifer went to a meditation place she had heard about on ‘Oprah’ and realized that the relationship was not working. It ended shortly after. Cooper went on to make ‘He’s Just Not That Into You’, and ‘The Hangover’. He was asked in 2013 if problems with drugs had affected his personal life. He said,

"In the way that if—the one thing that I've learned in life is the best thing I can do is embrace who I am and then do that to the fullest extent, and then, whatever happens, happens. The more steps I do to not do that, the farther I am away from fulfilling any potential I would have. So the answer to that question, then, is: Yes, of course, it hindered the work." 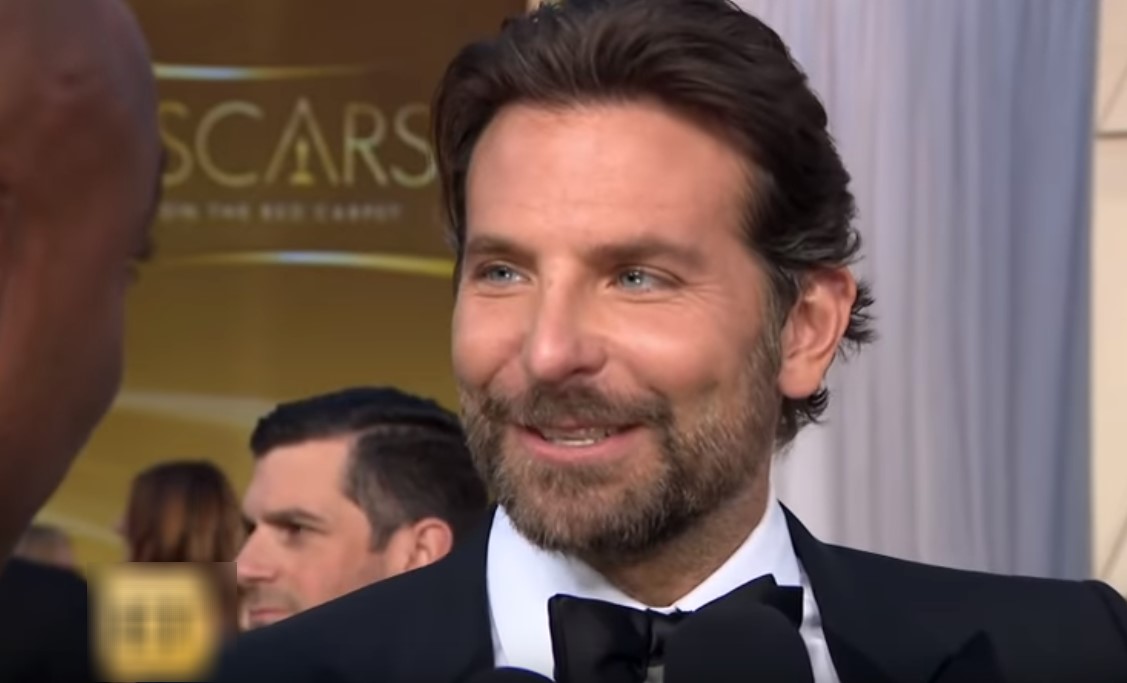 After Esposito, the actor dated Renee Zellweger, Zoe Saldana, and Suki Waterhouse before meeting Irina Shayk.  Now the world is waiting to see if Lady Gaga will be his future girlfriend, and hopefully, it won’t be a “bad romance”.

His career seems like the most American dream, but he worked hard for everything. Let us know which Bradley Cooper movie is your favorite. If you liked this article, share it with your friends who remember his cameo in ‘Sex and the City’. See you next time!