Princess Charlotte has captured the public's heart! From her dress sense to her mannerisms, everything about her is drool-worthy. Could she have gotten some of these from her paternal grandmother, Princess Diana? Maybe. This and more is what we are going to be exploring here. Join us, will you?

Princess Charlotte was born on 2nd May 2015 at St Mary's Hospital in Paddington, London. As the second child of The Duke and Duchess of Cambridge, she is fourth in line to the throne, and from the very first picture shared of her, she captured the heart of everybody in the world. What is it about little girls, really. 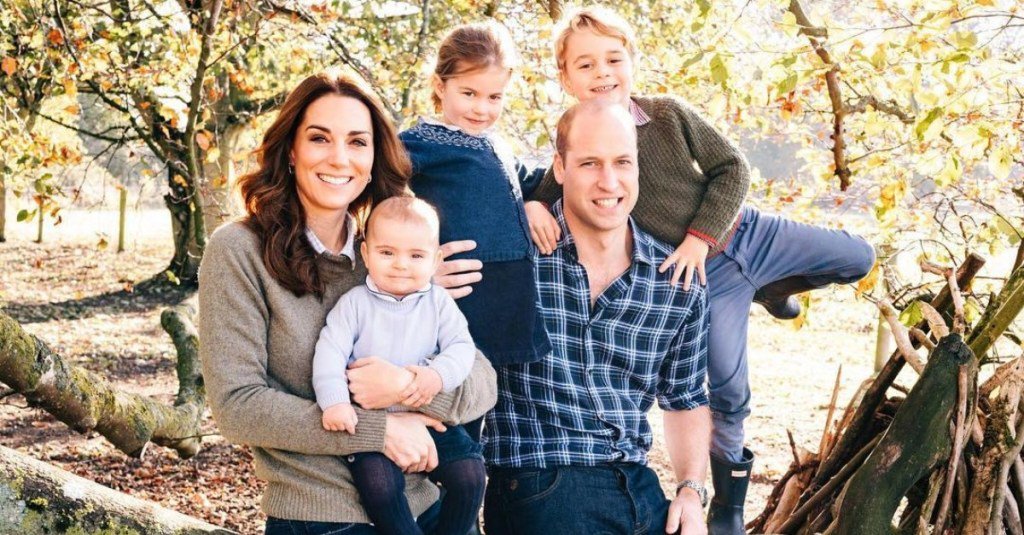 Although princess Charlotte is still a little girl, she’s already living her best life, making hearts smile all over the world with her cute face and lovely smiles. The Duke and Duchess of Cambridge have been very careful in providing their children with idyllic childhoods that have some privacy away from the very public eye. The royal kids have been encouraged to develop hobbies, make friends and just be children for a while. 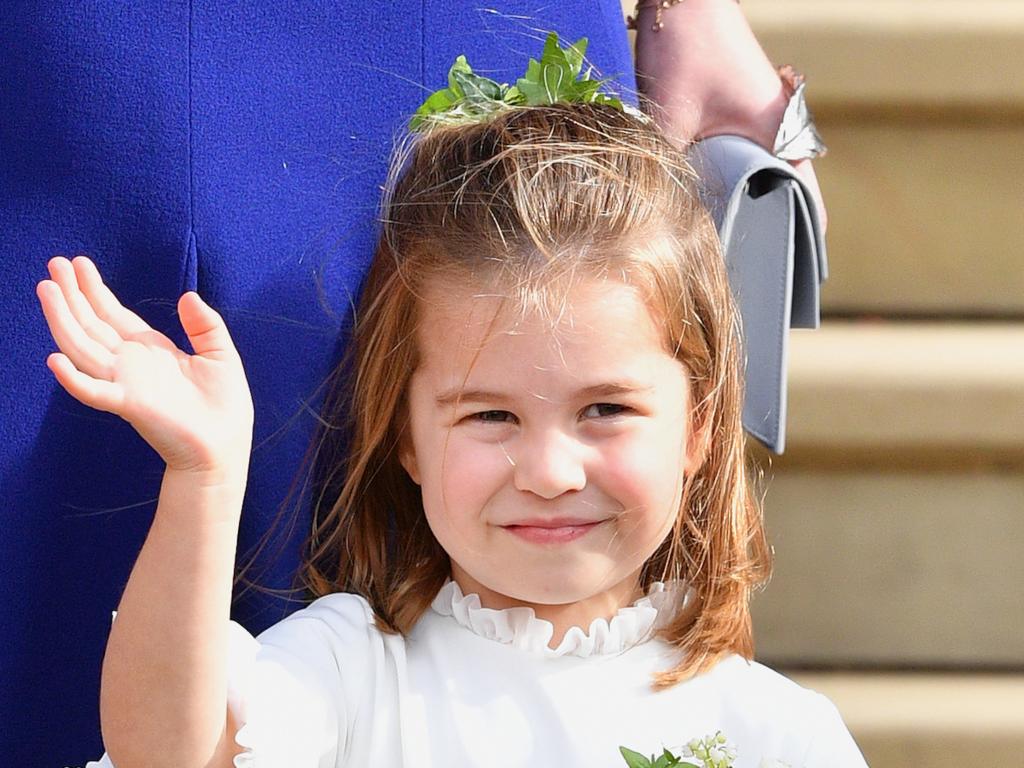 The tiny princess is extremely outgoing and you can tell from how boisterous she usually looks in pictures. She loves riding her tricycle, running after her big brother and indulging in all sorts of sports. Another of the sports she loves indulging in is dancing. It was reported recently that her new favorite activity, dancing, was also a favorite of her late grandmother, Princess Diana. Princess Charlotte is quite serious about this as she is apparently taking ballet lessons. She's just adorable, isn't she? 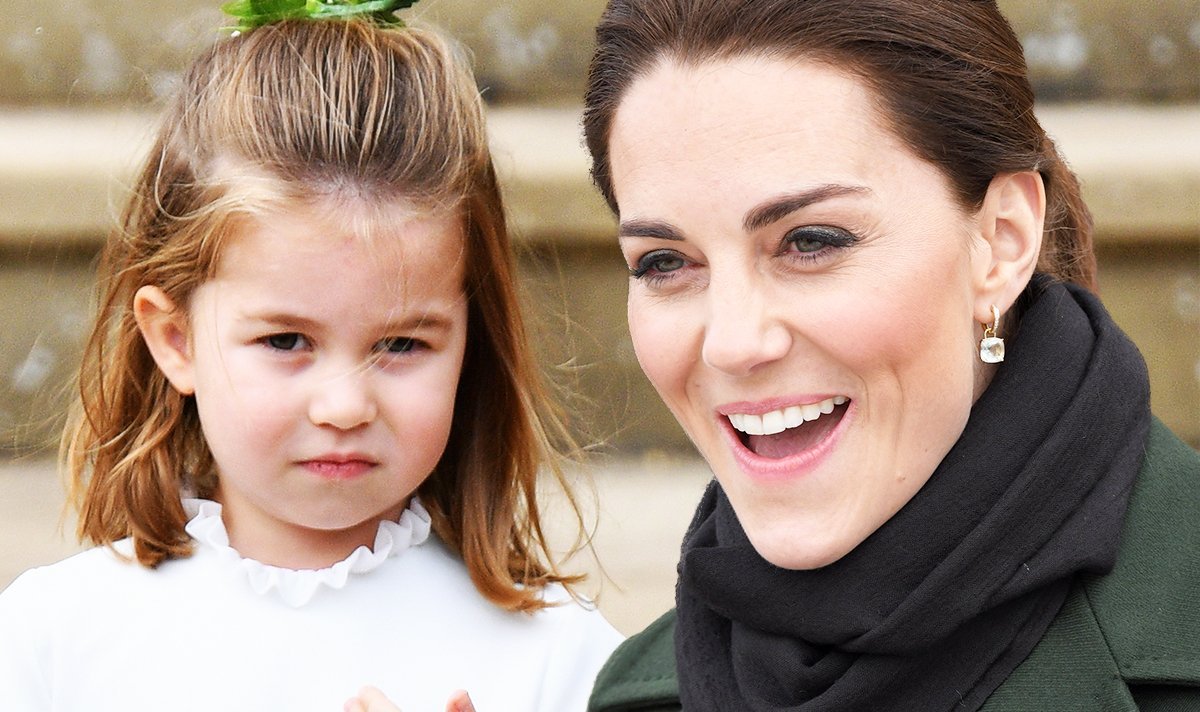 It seems she’s been practicing her twirls and pirouettes, and the little princess isn’t afraid to get a bit dirty. Her mum and dad have been very supportive, staying close to her in case she needs extra help. In this vein, she took after her grandmother, Princess Diana, who was quite the dancer too. A royal insider explained,

“She’s not afraid of a grazed knee and it’s most certainly not going to stop her from running around the corridors as a girl possessed. Charlotte’s always got her eye on something and she moves at the speed of life!” 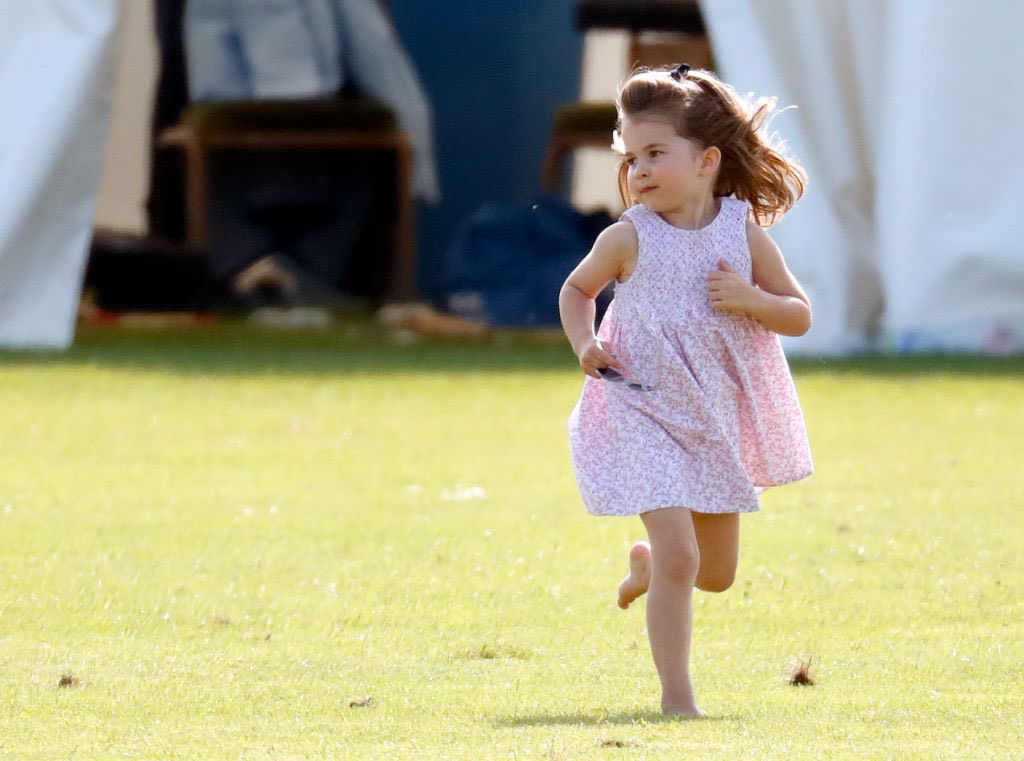 With her outgoing personality and alleged bossy behavior, Princess Charlotte has made quite a mark on the British royal family and the public. Who do you think is Prince William and Kate Middleton’s daughter closest to? Could it be mummy or daddy? You would think daddy, right? Well, if you thought so, you've got it wrong. According to reports, the little royal is not exactly a daddy’s girl. 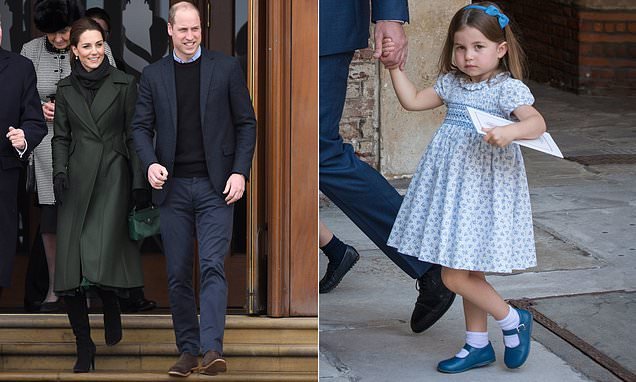 THEY HUNT FOR BUGS TOGETHER

How cute is that? One of Kate Middleton's intentions is that her children spend as much time outdoors as possible, which is why she and her husband had large hedges put up in the garden for more privacy. Whenever she is free, she often joins Princess Charlotte and Prince George to explore around the grounds. She even gets her hands dirty by helping them hunt bugs. 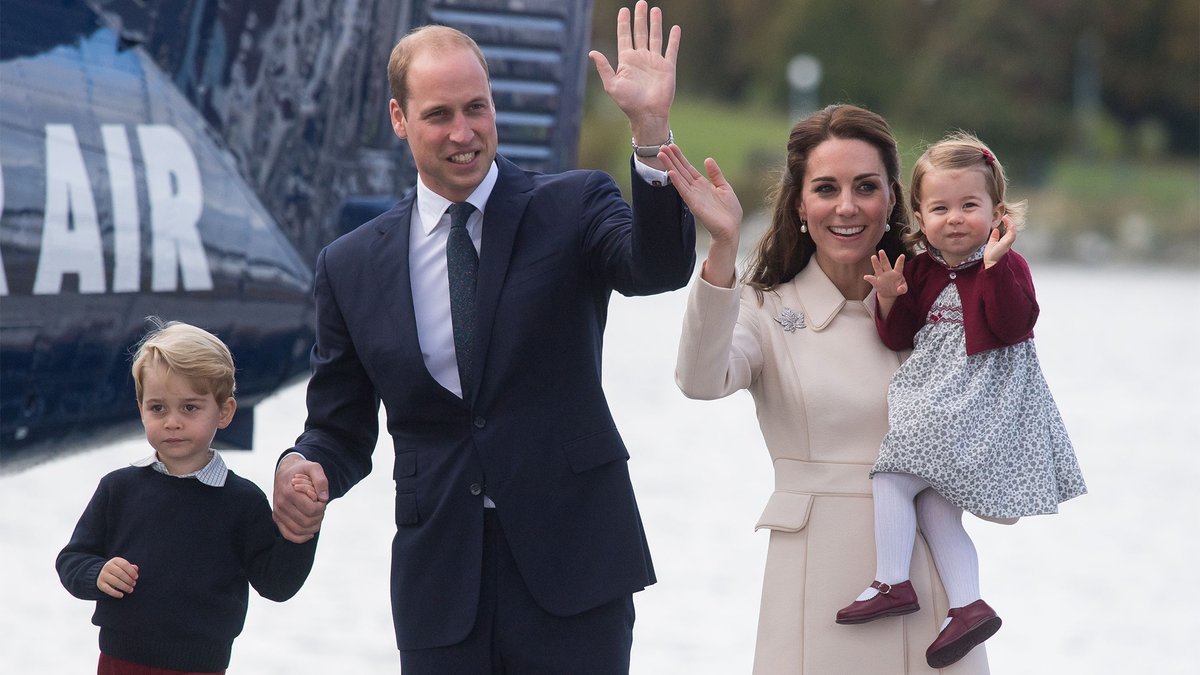 SHE HAS A CUTE NICKNAME FOR HER

Kate Middleton has a cute nickname for her daughter which she let slip while they both were out running errands together. Princess Charlotte allegedly sat on the floor of a shop and the Duchess of Cambridge said: "Get up poppet." Poppet is a cute nickname commonly used in Britsh households to describe a sweet or pretty young girl and our little princess is sure pretty. 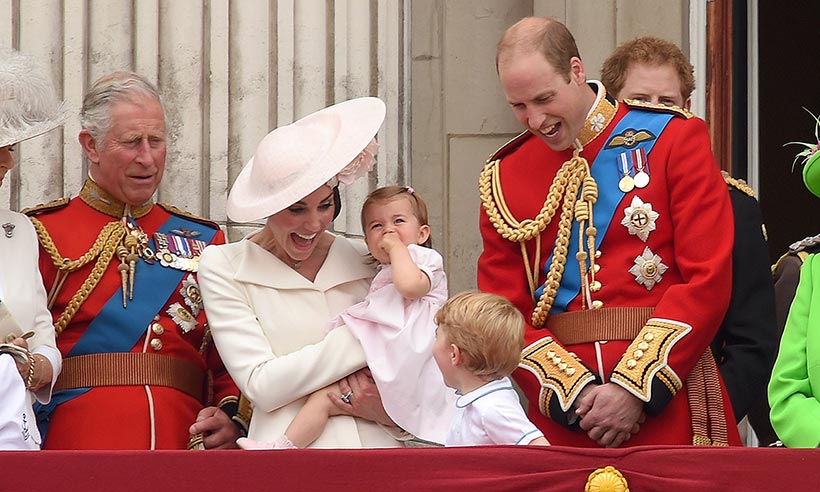 SHE IS A LITTLE HELPER

In addition to mimicking her mother, Princess Charlotte loves to help out. According to a Us Weekly report, the little princess uses her bubbly personality and charm to greet guests at Kensington Palace. That must be one very interesting greeting and a cool way to make your guests feel welcome, A source at Kensington Palace says,

“She’ll come up to guests and ask them if they want tea or coffee or offer them sweets,” 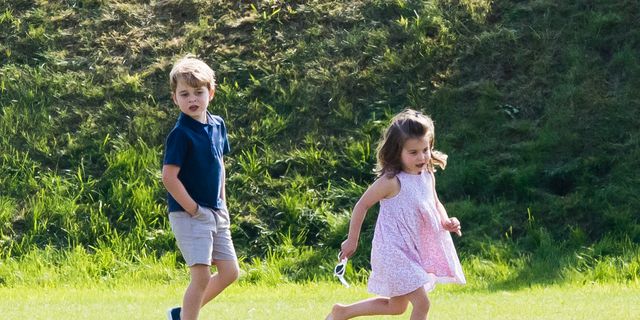 SHE DOESN'T EVEN KNOW SHE'S A PRINCESS

Princess Charlotte doesn't even know that she's a honest to goodness princess. She's still in the tidy little world where she thinks the only princesses there are the ones she reads about in her storybooks. If only she knew, right? This is due to her parent's wish to keep her life as normal as possible. Princess Charlotte happily plays with her Disney Princesses, completely oblivious that she holds the same status as her dolls. 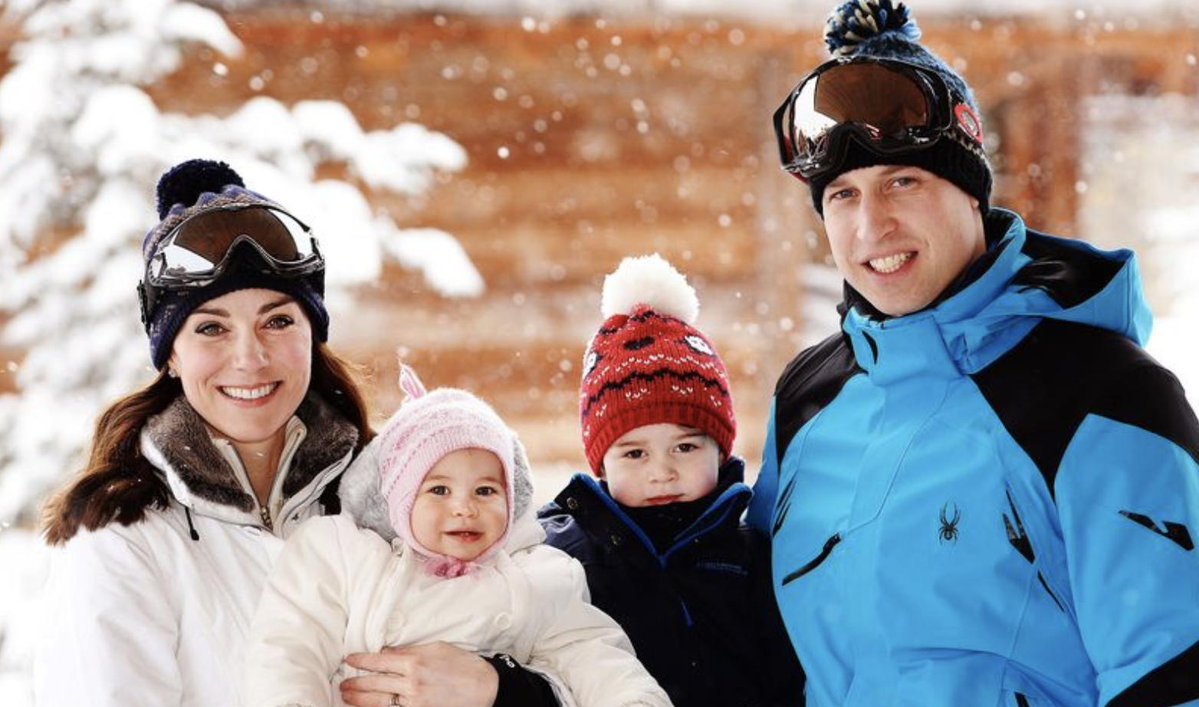 SHE IS A BOSSY BOSS

Is our cute, little princess bossing everyone around? Princess Charlotte is quite the firecracker and her mother knows it. While attending an event at a war memorial in 2017, the Duchess of Cambridge chatted with fellow mother, Samantha Burge, about her daughter’s personality. Burge later revealed:

“She said that Charlotte is growing up really fast. She is the one in charge,”

I would gladly pay to see our adorable princess in action. Won't you? 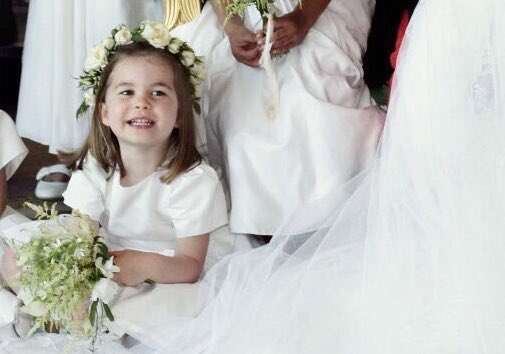 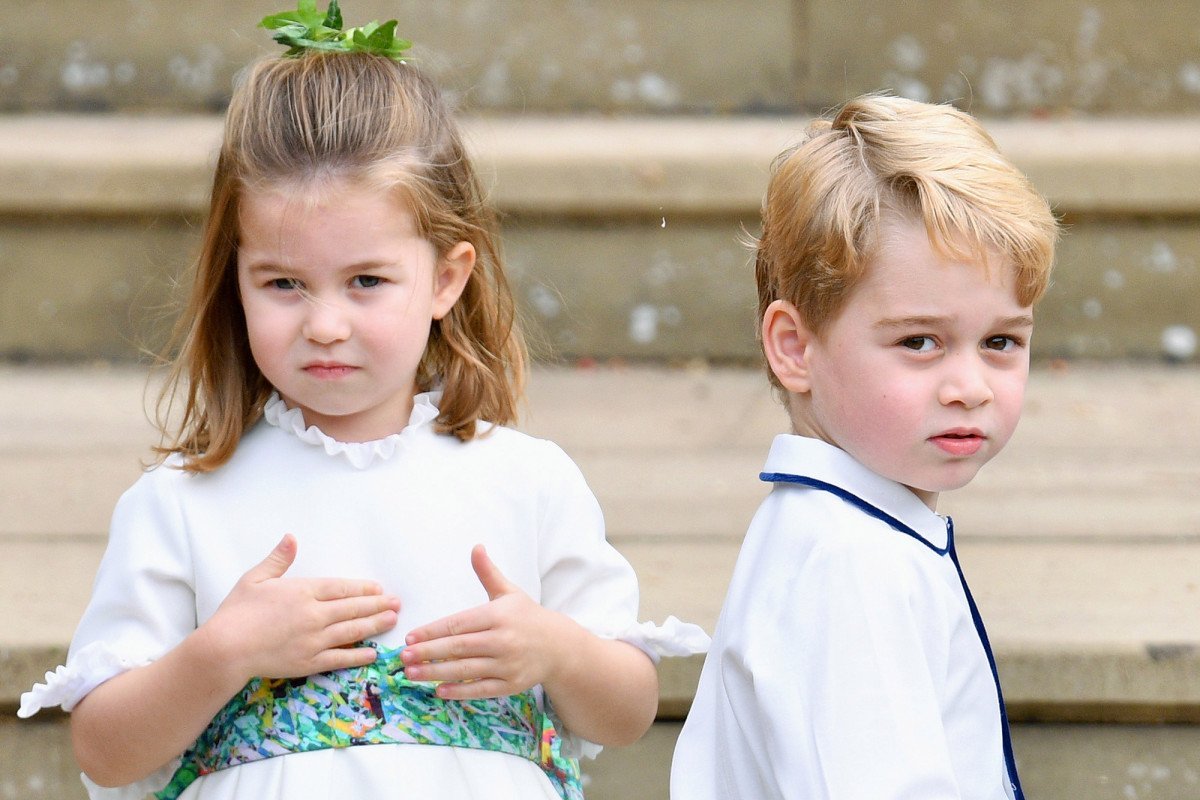 We'll sure love to have some alone time with Princess Charlotte one day just so she could rub off some of her cuteness on us! What do you think about this bundle of awesomeness? Do you think she should be given her own castle so she can just run the show? Let us know what you think about her in the comments. Don't be shy, please!